The famed “Afghan Girl” photographed by Steve McCurry in 1984 and which made the cover page of National Geographic back then is now in Italy. Now a woman, Sharbat Gulla, reportedly called out to the international community that she wanted to leave Afghanistan after the country fell to the control of the Taliban. 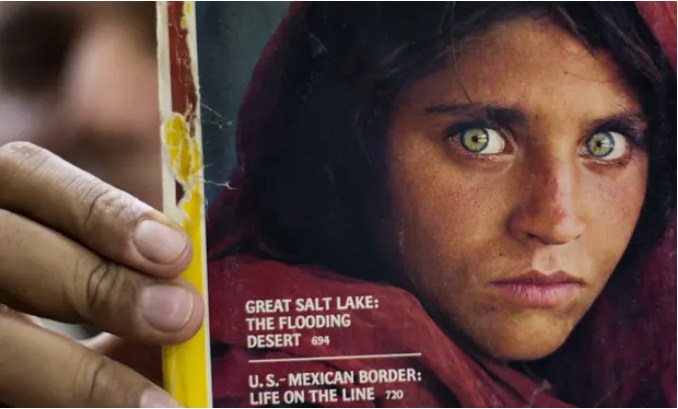 Gulla was an Afghan refugee when McCurry as a war photographer for National Geographic photographed her. Her deep and piercing green eyes caught the attention of a worldwide audience, and many said she was the modern-day Mona Lisa given that her picture framed many walls across the globe.

McCurry went in search of Gulla again in 2002 and found her. But in 2014, she entered Pakistan and was accused of using a fake Pakistani identity card. She was deported back to Afghanistan, where the president organized a big reception for her at the presidential palace and also gave her a new house to live in.

Gulla lived in Kabul without drawing attention to herself until the Taliban took over following the withdrawal of US troops in August. Following her call to be evacuated from her home country, the Italian government assisted in flying her to Rome, where she met with Italian Prime Minister Mario Draghi.

The Italian government said Gulla will be integrated into the society in Italy alongside thousands of other Afghanistanis who had earlier been airlifted to the country. Draghi said the famed photograph of Gulla represented the conflicts that the masses were going through in Afghanistan 40 years ago and still does today.

The prime minister said Italy will continue to collaborate with the West to evacuate displaced and threatened Afghans from the country and integrate them into Europe, where they may start life afresh. The evacuation of the Afghan Girl was made possible by the calls of civil liberty groups and non-governmental organizations operating out of Afghanistan.

What Is The Science Behind Liposuction? < Previous
How Insurers Are Dealing with State-by-State Marijuana Legalization Next >