A mystery man has paid $28 million to secure a seat with Jeff Bezos on a space trip to outer space on July 20. The space trip will be aboard Blue Origin’s New Shepard spacecraft and the mystery man clinched his space after taking part in a live phone auction that held on Saturday. 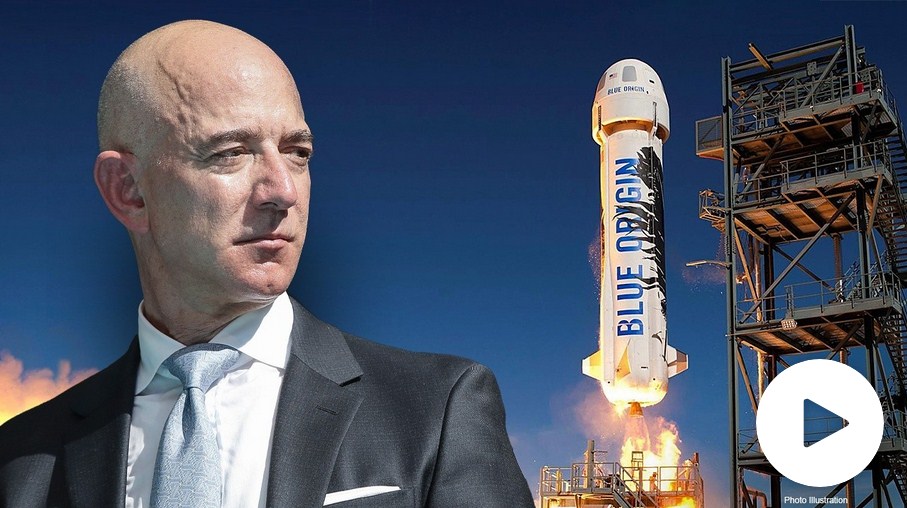 The opening bid started at $4.3 million and rose to over $20 million within four minutes; the auction was closed after seven minutes when the unknown millionaire bid $28 million. Bezo’s Blue Origin said the name of the auction winner will be released in the next few weeks.

Jeff Bezos is the founder and CEO of Amazon and Blue Origin among other big corporations. Blue Origin is a space company competing with Elon Musk’s SpaceX and Richard Branson’s Virgin Galactic. The three space companies are vying to be the first to put a man in space and conduct commercial space travels.

Branson is even reportedly planning to go aboard the test flight of his VSS Unity spacecraft to space on July 4, possibly beating Bezos to the game. Shortly before the Blue Origin auction went life, Bezos said in a video that his brother Mark will be going on the space trip with him and that seeing earth from space is a lifetime opportunity he wouldn’t want to miss.

“To see the earth from space changes you. It changes your relationship with this planet, with humanity,” he said.

Although Blue Origin will be using the $28 million payment for the space seat to further space education, analysts said the fact that Bezos is going to space will revolutionize the industry in a very big way. Space experts said space tourism could grow to $3 billion annually by 2030 when space technology will have become very advanced and much cheaper.

“Putting the world’s richest man and one of the most recognized figures in business into space is a massive advertisement for space as a domain for exploration, industrialization, and investment,” said Adam Jonas, an analyst with Morgan Stanley.

The trio of Blue Origin, Virgin Galactic, and SpaceX has considered the possibility of linking very distant cities across the world with their rocket technologies. Although certain regulations must be cleared first, industry analysts said the possibility is worth more than $20 billion in global revenue.