The mummified remains of 18 Egyptian kings and four queens have been moved to their permanent residence at the National Museum of Egyptian Civilization on Saturday. The 22 ancient Egyptian royal mummies were moved from the Egyptian Museum in Tahrir Square in downtown Cairo. The mummies were moved in a special procession known as The Pharaoh’s Golden Parade. 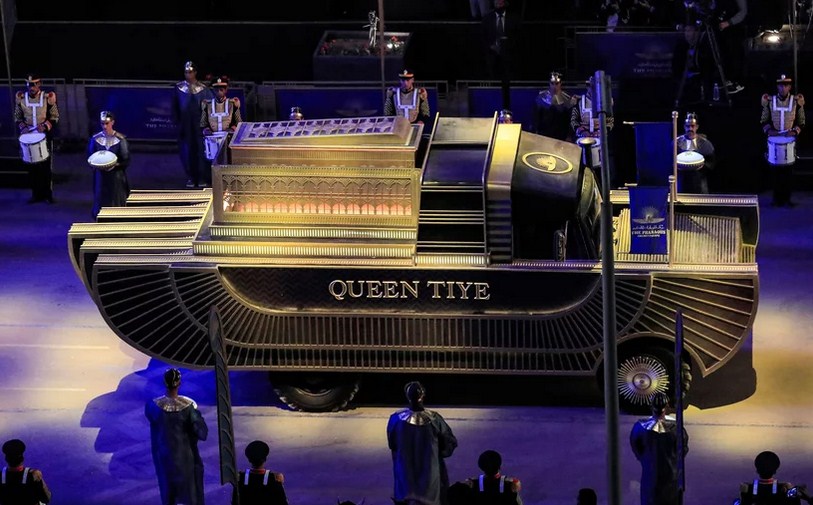 The special parade was spectacular in that it was elaborately planned and carried out to the awe of witnesses and people watching on live TV from home. A special vehicle was rebuilt to carry the mummies in a way that will not jolt them or destroy their fragile forms in any way. Special boxes filled with nitrogen were used to preserve each of the royalty during the 3-mile journey.

The vehicle carrying the mummies was escorted by a security motorcade in a long convoy. The roads that the vehicle would take were rehabilitated to make the transportation of the mummies easy and bump-free. The President of Egypt, Abdel-Fattah el-Sissi, watched the royal procession of the prehistoric pharaohs from a giant TV. He said the procession represented a celebration of the ancient civilizations that the pharaohs built.

“With all pride, I look forward to receiving the kings and queens of Egypt after their journey,” President el-Sissi said. “This majestic scene is new evidence of the greatness of this people, the guardian of this unique civilization extending into the depths of history.”

When the motorcade reached the National Museum of Egyptian Civilization, a regiment of guards fired a 21-gun salute to honor the ancient kings. President el-Sissi who watched the procession from inside the museum came outside to greet and view the mummies of the prehistoric kings upon their arrival. According to the Ministry of Tourism and Antiquities, members of the public will be able to view the mummies when they go on display on April 18.