Home » Headlines » U.S. » More Than 50,000 People Evacuated From Afghanistan Will Be Resettled In the US

More Than 50,000 People Evacuated From Afghanistan Will Be Resettled In the US

The Department of Homeland Secretary (DHS) has revealed that more than 50,000 people evacuated from Afghanistan will be resettled in the United States. DHS Secretary Alejandro Mayorkas said these people include legal US citizens, lawful permanent residents, visa holders, and applicants for special immigrant visas (SIVs). Also in the bracket are journalists, and vulnerable girls and women. 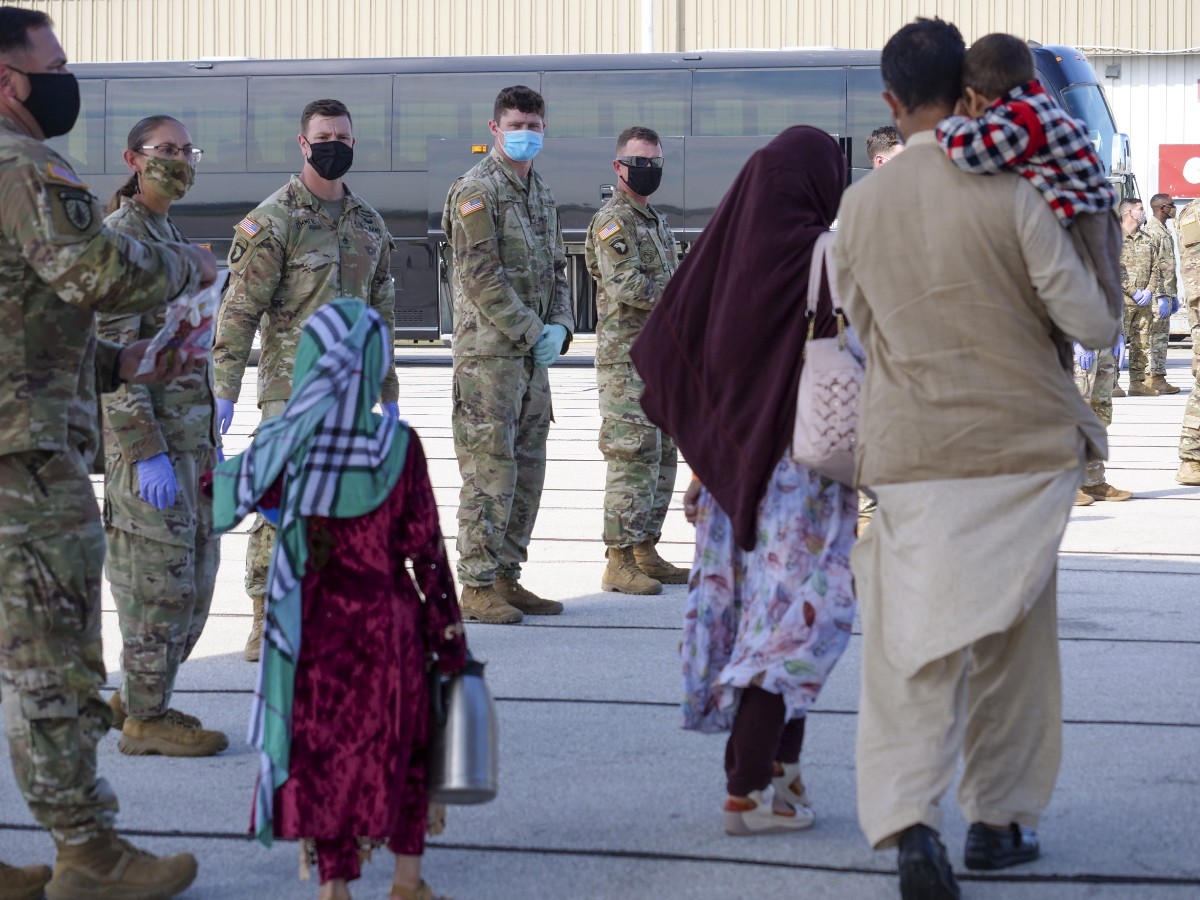 According to Mayorkas, about 124,000 Afghans were evacuated from the country when the United States withdrew from the Taliban-controlled country following an August 31 deadline. He disclosed that many of the evacuees have been transferred to US and NATO bases in Italy, Spain, Saudi Arabia, Qatar, Kuwait, the UAE, Germany, and Bahrain. He stated that almost 35,000 people evacuated from Afghanistan are currently at these bases.

Most of the people will be settled and integrated into Europe and at these bases, and about 50,000 or more will be brought to the United States. Pentagon spokesman John Kirby revealed that those to be moved to the US are currently undergoing security screening. According to Fox News, about 100 Afghan evacuees have been flagged for possible terror ties and these will not be admitted into the United States until they have been cleared.

While Afghans flagged on terror watch-lists will not be allowed into the country, Mayorkas said the US government and international allies will discuss how to dispose of resettle such persons of interest.

Eight housing facilities are used to accommodate the Afghan evacuees in the United States and the installations can house 36,000 people, but the government is looking into expanding the facilities to accommodate a total of 50,000 by September 15. Government officials believe that with the expansion, there will be enough room for those billed to be settled in the country.

Afghan evacuees are currently housed in Wisconsin, New Jersey, El Paso, Virginia, New Mexico, and Indiana among others. The government has also identified several small children that are unaccompanied from Afghanistan, and these have been dispatched to shelters managed by the HHS for undocumented migrant youths.

The government is also working to provide mental health counseling as well as culturally sensitive services to people brought in from Afghanistan with a view to helping them settle easily in the country. According to Mayorkas, the specialized services include trauma counseling, pastoral care, and cultural orientation to make them feel at home outside their native country.