The Indonesian submarine KRI 402 Nanggala which had gone missing since Tuesday is believed to have sunk and its 53 crew members dead. The submarine disappeared off the coast of Bali during a training exercise, and Navy authorities deployed a massive fleet of ships and aircraft to search for the ship, NPR reports. 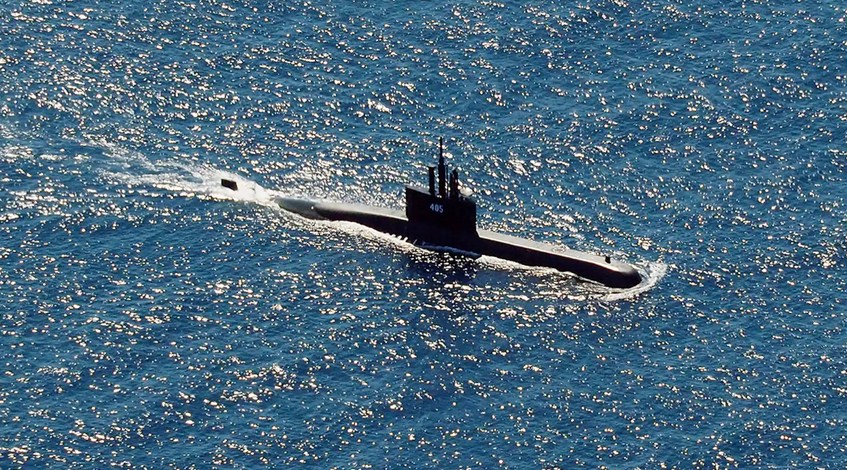 The Indonesian Navy Chief of Staff, Yudo Margono, displayed some articles that were recovered from the sea and believed to be from the missing, sunk ship. The articles were a grease bottle, prayer mats, and metal pipes and recovered two miles from where the submarine dived.

The ship was built in Germany and the Indonesian Navy had been using it since 1981. It was refitted in South Korea in 2012 and the government of Indonesia certified it seaworthy not long ago. Following its disappearance, several countries such as Australia, Malaysia, India, and Singapore deployed warships and aircraft to help with locating the missing ship. The United States was to join the search on Thursday.

The Indonesian Navy had deployed 24 warships and specialized aircraft with high-profile technology that could detect magnetic objects and metal deep in the seas. Although officials have not determined the exact cause of the ship sinking, they suspect that it went down too low and an electrical fault made it impossible for the ship to rise up to the surface.

Authorities were frantic to locate the submarine before Saturday since it was believed that the oxygen level was running low and the crew might not survive with depleted oxygen, Fox News reports.

Chairman of the US Joint Chiefs of Staff, General Mark Milley, and US Defense Secretary Lloyd Austin expressed sadness at the disappearance and sinking of the ship as well as the death of the crew.

“I was incredibly saddened to hear of the tragic loss of the 53 Indonesian sailors on board,” Austin said. “My thoughts and prayers are with the families of those sailors, and everyone in the Indonesian military as they cope with this tragedy.”