McDonald’s Reopens With New Branding and Ownership in Russia

McDonald’s is reopening in Russia under new ownership and branding on Sunday. The American fast-food restaurant exited Russia when the Kremlin invaded Ukraine in February, and it was sold last month to Alexander Govor, one of McDonald’s licensees in the country. The restaurant unveiled its new logo ahead of its relaunch on Sunday. 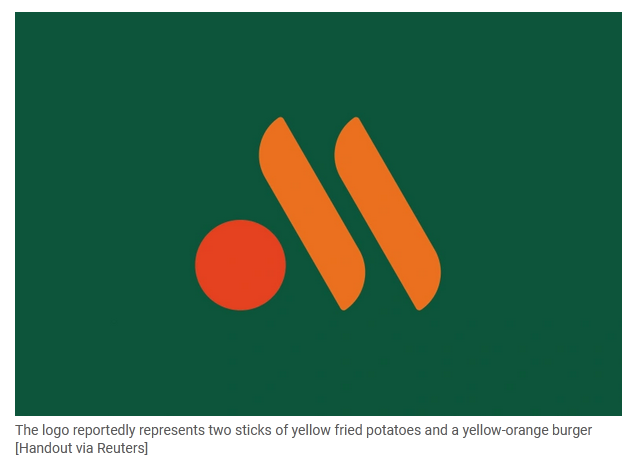 The new logo shows two orange vertical lines and one round red circle embossed against a green background. According to analysts, the two orange lines indicate potato fries and the red circle stands for a burger, while the green background represents production and service quality. The new name for the restaurant has not been revealed yet, but people are already guessing what it could be.

Funny enough, one social media commenter stated wryly that the new restaurant logo is similar to the flag of Bangladesh. “This is the flag of our country,” he remarked.

Launching on Sunday, the takeoff will coincide with Russia Day, which is the country’s independence anniversary. The new restaurant will relaunch at Pushkin Square in central Moscow, the site where McDonald’s first opened in the country in January 1990.

“Opening day is important because it is the first time consumers can really feel and touch and see the brand and what it stands for,” said Peter Gabrielsson, Professor of International Marketing at the Finland’s University of Vaasa. “It’s important what the reaction will be, and obviously people will be comparing it to McDonald’s.”

Fifteen locations will open simultaneously around Moscow when the restaurant kicks off on Sunday, with Govor saying he will be opening 1,000 new branches across Russia within two months. It is anticipated that the restaurant will keep McDonald’s original menu, but it may be renamed to reflect their new Russian heritage.

“Some things are changing, but stable work is here to stay,” is the new message on the restaurant’s app home page.

When Govor acquired McDonald’s, his company was already managing 25 restaurants in Russia, and McDonald’s controlled 84% of the 850 branches in the country; but the world’s largest burger chain received about $1.4 billion to pass the restaurant business to Govor. In 2021, McDonald’s generated $2 billion in revenue from Russia and Ukraine, representing 9% of its total global revenue.

The Best Way to Finance Your Car < Previous
NASA Launches 9-Month Investigations into UFOs At the Cost of $100,000 Next >
Social Connection
Latest News