Home » Headlines » Editorials » Why Marijuana Is About to Mint Millionaires

Why Marijuana Is About to Mint Millionaires 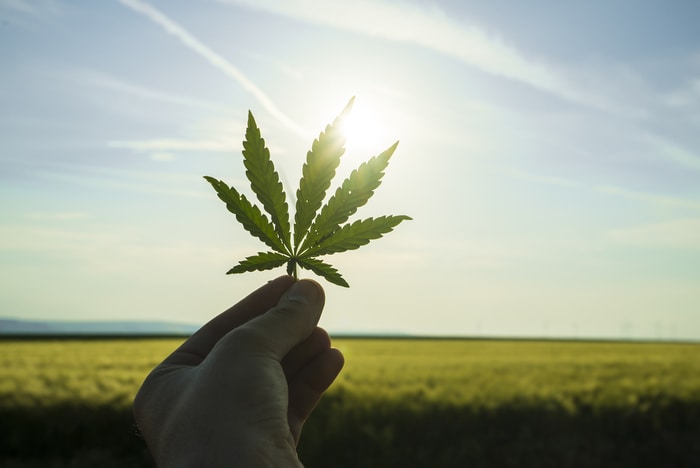 The end of prohibition is here! You can literally smell it in the air.

But the cannabis companies are about to go into overdrive.

Many investors already know that pot stocks have yielded some of the biggest stock market gains in recent memory. That’s in large part thanks to progressive legalization of both recreational and medical marijuana throughout North America.

And we recently enjoyed a massive boom in Canadian licensed producers (LPs) thanks to the law C-45. It legalized adult use of weed nationwide across Canada.

But at my Marijuana Millionaire’s Event, I’m not focusing on Canadian legalization. My readers have already pocketed tens of thousands of dollars on our early entry.

Instead, I’m zeroing in on the next inevitability – marijuana legalization here in America!

At the world’s largest cannabis conference in Las Vegas, I became convinced a congressional bill that will force the federal government out of the picture will upend the balance of power in the cannabis industry.

During the course of the past couple of years, I’ve met with CEOs, industry insiders and heavy hitters in this burgeoning multibillion-dollar market.

Consider this, the compound annual growth rate (CAGR) of the cannabis industry will leave beer, wine, spirits and tobacco in the dust.

In fact, over the next 10 years, cannabis’ CAGR is expected to be more than double that of those other four industries… combined. 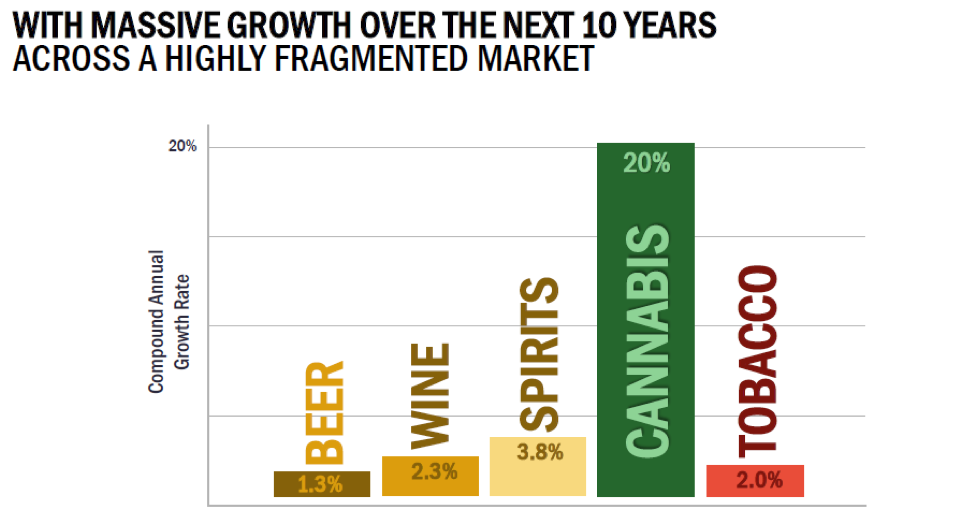 Of course, there are a lot of factors at work.

But regulation of the cannabis market has momentum on its side.

I prepared investors for when Canada legalized adult use in 2018.

I did the same before the farm bill was signed into law here in the U.S., declaring hemp legal once again and sparking our current CBD boom.

But this is just the beginning.

More than 30 states and Washington, D.C. have legal weed programs – medical or otherwise.

And it doesn’t matter what poll you cite, they all say the same thing. Bipartisan support for legalization rings in at upward of 60%.

That’s more than double what it was just 20 years ago. 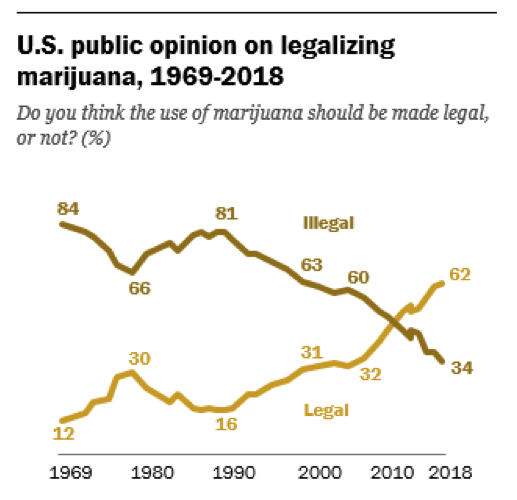 These are just ripples building up to a much larger wave.

The former head of the Food and Drug Administration Scott Gottlieb said in a televised interview that it’s an “inevitability” the federal government will need to reconsider its marijuana policies.

And that was five months after the FDA approved an oral CBD solution for the treatment of seizures. This is the first FDA-approved drug that contains purified drug substances derived from cannabis.

The end of prohibition is near.

And when federal legalization happens in the U.S. – note I said “when,” not “if” – there’s going to be a massive windfall of profits for companies and investors alike.

The math is simple.

The U.S. has roughly 10 times the population of Canada. And the projected marijuana market is about eight times the size of Canada’s. 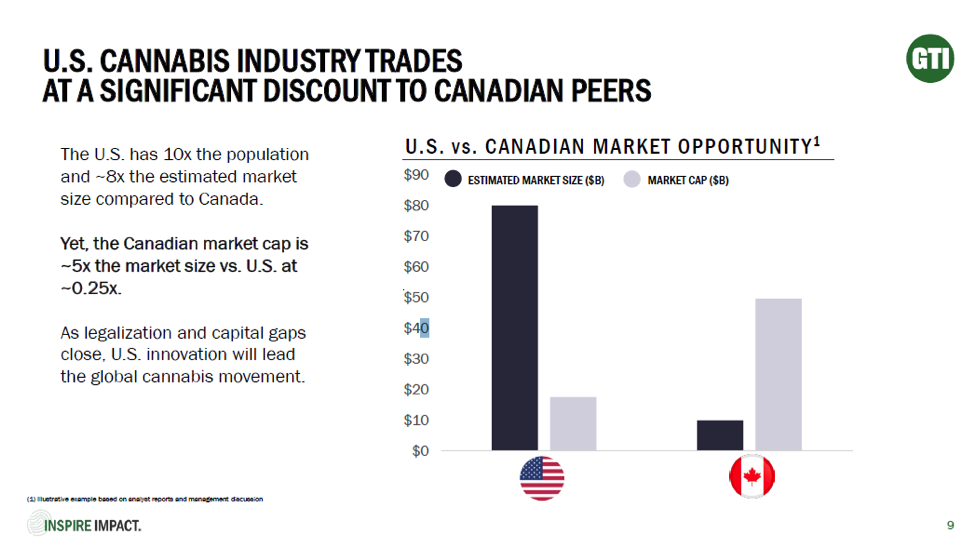 When the same happens here in the U.S… those surges are going to be legendary.

Investors must get in now before the new law goes into effect… before recreational marijuana becomes legal nationwide.

If they do, they’re setting themselves up for the profits of a lifetime.

It’s an opportunity you don’t want to let go up in smoke.

That’s why we’re hosting the Marijuana Millionaire’s Event and why we’re looking for investors who are interested in this once-in-a-lifetime opportunity.

This is a dedicated group looking to profit from cannabis’ upcoming legalization.

If you’re interested, simply go to this link and check it out.