Living without a human heart is possible. Stan Larkin, 25, was the first man to live 555 days with an artificial heart he carried in a backpack before being able to receive a transplant. A device called a SynCardia Freedom Total Artificial Heart allowed him to stay alive and healthy while waiting for an available human heart.

Larkin even played pickup basketball with his 13.5-pound artificial heart. He received last month the heart transplant he had been waiting for and has now successfully finished recovery, as reported by Tech Times.

At age 16, he was diagnosed with a genetic disorder known as arrhythmogenic right ventricular dysplasia (ARVD). It caused him irregular heartbeats and put him at risk of sudden cardiac arrest. Doctors decided to install in Larkin’s chest a defibrillator, a small device designed to fix the abnormal heartbeats by using electric charges.

But it did not work as expected. Because Larkin’s ARVD had affected both of his heart’s ventricles, a device meant to replace only on one side of the heart was no longer sufficient to keep him alive and stable.

That made it evident that Larkin needed a transplant, but he and his family knew they had to wait for a long time given that his blood type, O-positive, is the most common. The thing is that doctors did not believe he would be able to make it. His heart was getting weaker at a fast rate.

Using a total artificial heart, man lives 555 days without a human heart in his body until he receives #transplant: https://t.co/l0muPH6hBu

From Big Blue to freedom

An alternative emerged when Jonathan Haft, a cardiac surgeon at the University of Michigan Hospital, came out with an idea. Larkin might have the chance to live without a human heart and make it to transplant.

Big Blue was a massive apparat the size of a washing machine that in 2014 allowed Larkin to live for a couple of months connected to the blue device designed to serve as a stopgap for patients waiting for a transplant. The automatic air pump completely replaces both ventricles but due to its size and weight requires patients to be confined to the hospital.

In June 2014, the U.S. Food and Drug Administration approved a portable version of the massive machine also made by SynCardia Systems Inc. The Freedom portable driver’s performance explains where its name comes from and from Christmas 2014 enabled Larkin to have a normal, active life outside the hospital. 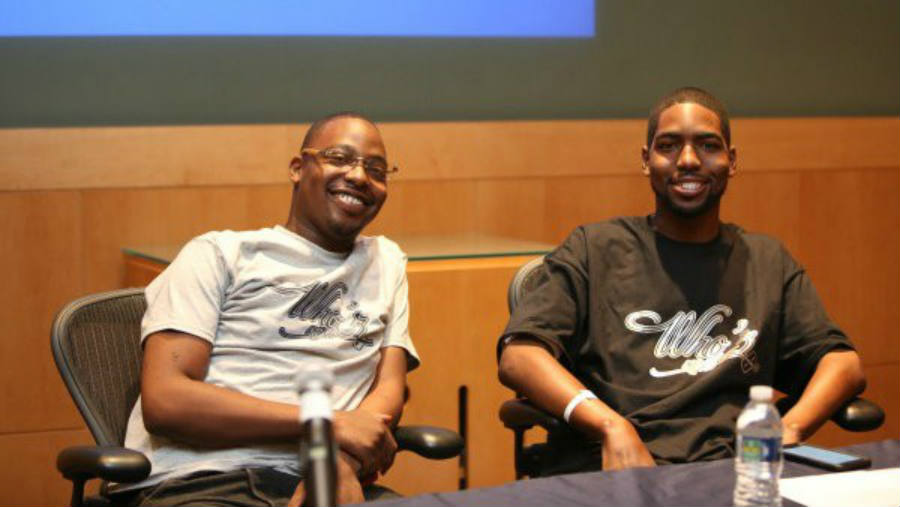 The two batteries it comes with make it possible for patients to move freely from place to place as long as they carry a SynCardia-made backpack. A built-in display panel shows patients’ cardiac output, beats per minute and fill volume.

“As I got used to the noise, I could finally go to sleep. After that, I had to get used to carrying three extra bags with me, everywhere I went. I had to have all this stuff every time I moved,” Larkin told CTV o Thursday.

Larkin, however, was unable to hold his daughters and have an average shower. He had to be extremely careful when taking baths because the changing nature of the device represented high risks. Still, he said at a news conference after receiving his new human heart that he was grateful with the backpack, which brought his life back.

The young father is eager to play basketball with his new heart and try out what it feels like to take a shot without the backpack after such a long time.

Mother reunited with her son 20 years after his abduction < Previous
Migraine patients have vitamin deficiencies, says study Next >