Kfir Gavrieli, CEO of the innovative Tieks footwear company, has been making a name for himself among the ranks of today’s most forward-thinking entrepreneurs thanks to the success of the Tieks brand, known for its stylish, comfortable, foldable flats that can fit inside a handbag. 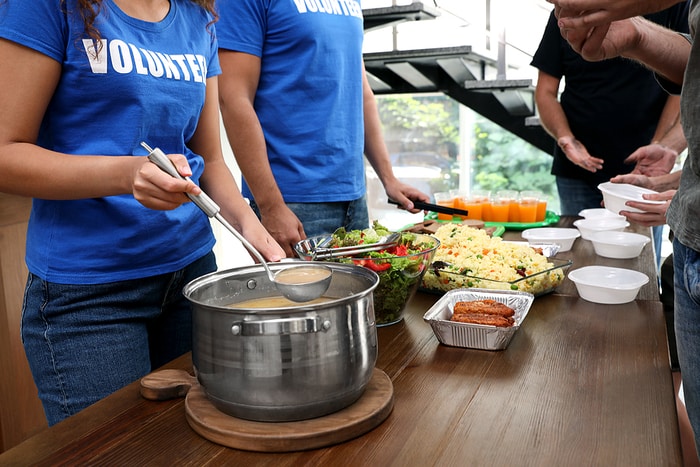 Although Gavrieli has made a name for himself as a fashion entrepreneur, he is a passionate and committed philanthropist, putting his money where his heart is, in support of causes that are near and dear to this young, successful businessman. In fact, in much the same way that Tieks has “reinvented” the ballet flat, as its tagline boasts on the company website, Gavrieli has also reinvented traditional approaches to corporate philanthropy and community giving.

Kfir Gavrieli and Tieks made recent news when Tieks became one of the first companies in the nation to repurpose their production facility in Culver City and retrain their manufacturing staff in order to mass-produce facemasks for essential health care workers in the Los Angeles County area at the onset of the Covid-19 pandemic.

When Gavrieli heard about the critical shortage of facemasks and other types of PPE affecting frontline health workers at Los Angeles County hospitals once the pandemic began to spread, the young CEO sprang into action. The Tieks manufacturing facility rapidly became a center of PPE production for donations to local health workers, producing thousands of masks on site.

“As soon as I learned of this coming shortage, I knew we had a responsibility to reorient our business to get masks into the hands of those who need them most,” stated Gavrieli, in an interview conducted at the very beginning of the pandemic. “Our nurses, doctors, EMTs, and other medical professionals are on the front lines of this pandemic. We must do everything we can to protect them: for their own health and for everyone’s health so that we have adequate healthcare staff as this crisis grows.”

The company also expanded the reach of its mask-making initiative and greatly multiplied its impact by launching the Operation #SewTogether campaign on social media, which called for Tieks fans and followers to make masks at home and donate them to front line health workers. They even published online tutorials teaching simple mask-making techniques that people could use to sew the masks at home. Tieks rewarded participants who joined in the mask making efforts with $50 gift cards for every 25 masks donated, and $100 gift cards for every 50 masks donated.

Having donated nearly 1,000,000 masks produced in the Operation #SewTogether campaign to hospitals and health workers across the country, Tieks once again took the campaign a step further. The company recently began offering direct rewards for health workers through their recently ended Tieks For Heroes campaign that rewarded essential health workers fighting COVID on the front lines with a $100 gift card toward a pair of comfy and versatile Tieks flats.

“Over the past few months, we’ve been focused on donating life-saving PPE, including over 900,000 masks, on protecting you—our front-line heroes,” explained Gavrieli, on behalf of his company and staff when Tieks For Heroes launched. “Now we’re honored to thank you with a $100 Tieks Gift Card for front-line healthcare workers, first responders, and military service members. $100 for the 100% you give every day to fight COVID-19 by putting your lives on the line to save ours.”

Tieks is a business co-founded in 2008 by Gavrieli, shortly after Kfir completed his education at Stanford University, where he earned an undergraduate degree along with two Masters and garnered business experience in the hedge fund, venture capital, and tech industries.

Propelled by innovative ideas in both the areas of design and e-commerce and utilizing Gavrieli’s engineering background, Tieks developed a line of casual ballet slippers made of fine Italian leather and textiles that are foldable and can fit into a purse or handbag. They also made these revolutionary flats available online through their own website. The whimsical, blue-soled Tieks flats have earned a global reputation for their quality, comfort, and versatility after earning the support of such brand ambassadors as Oprah Winfrey, who sang the praises of the fanciful Tieks flats to her fans and followers.

“We were kind of able to demonstrate as a brand that you can sell stuff online — and your own stuff through your own website — as opposed to going through retail stores or Zappos,” explained Kfir.

The company was a rapid success and wasted no time in incorporating a philanthropic organization through which to extend its reach and desire to impact lives positively more broadly. The Gavrieli Foundation was born shortly after the founding of Tieks.

In honor of the many women who helped make the Tieks brand successful, the Gavrieli Foundation focused much of its philanthropic work on empowering women, believing that women’s empowerment is key to dismantling worldwide poverty. The foundation supports entrepreneurial women in the U.S. and globally as a means to bring about social change in communities around the globe. Through an organization called Kiva, the Gavrieli Foundation provides micro-loans to women entrepreneurs, as a contribution to the fight against world poverty.

As Kiva’s largest funder, the Gavrieli Foundation website displays the photos and stories of the many women who have received micro-loans from Gavrieli through Kiva. These women have used these funds to pay for such things as equipment, supplies, and raw materials to get their small businesses started. Some have even used the funds to pay for their children’s tuition, to purchase and feed animals for farming, and to secure such staples as food to stabilize local economies in impoverished communities. Recipients range in location from Louisiana to Indonesia, from Peru to Mali, and across regions such as Africa, Latin America, and Asia, as well as right here in the U.S.

Explaining the reasoning behind the Tieks approach to Micro-loan philanthropy, Kfir Gavrieli noted, “We can give a shoe to a woman, but how much more powerful is it when we give her a loan she can use to start a business?”

The Gavrieli Foundation’s relationship with Kiva started by means of a Facebook promotion through which every “like” earned on their page yielded a $1 contribution to Kiva. The Tieks page soon became the world’s fastest-growing Facebook page in the clothing category, and the relationship between Gavrieli and Kiva was cemented.

Committed to leveraging the efforts and passion of entrepreneurial women around the globe, Kfir describes how these Kiva micro-loans work. “We are giving women access to capital. They are returning that capital after they’ve used it to start or grow their business, and then we lend it to somebody else.”

By 2019, the Gavrieli Foundation had become the single largest lender on the Kiva platform globally. To date, the Foundation has funded nearly 60,000 loans totaling more than $10 million in funds, supporting women entrepreneurs in over 70 countries, including the U.S.

“Microlending has become intertwined with the meaning of our company and our product and our brand,” Kfir explained. “[It’s] something we have doubled down on throughout our history.”

Support for His Other Passions

While ballet flats and microloans occupy much of his time, Kfir is also deeply passionate about supporting other causes close to his heart. Gavrieli’s support for Israel includes a is directly involved in the leadership of several organizations such as AIPAC, the Israeli American Council, American Friends of the Israel Philharmonic Orchestra, and 30 Years After.

Most recently, Gavrieli supported the Israel Philharmonic’s first-ever Global Virtual Gala, presented in partnership with Medici.TV in the face of the ongoing pandemic. The event was an intimate, virtual benefit hosted by the famed Dame Helen Mirren, and featuring the symphony’s young, new conductor Lahav Shani, along with some of the orchestra’s most beloved soloists. The concert was presented online, free, and accessible to audiences around the world.