Baltimore, Maryland – A team of biologist from the Johns Hopkins University has published on November 26th a study in the journal of Science that suggests the rising phenomenon of plankton in our oceans is mostly caused by rising incidents of carbon dioxide in our atmosphere and in the waters.

Since the last few decades, the concentration of the marine algae called Coccolithophores has increased ten times in the Atlantic Ocean. Researchers consider this as the first sign of environmental changes provoked by the rise in CO2 levels – also considered a major reason for global warming. 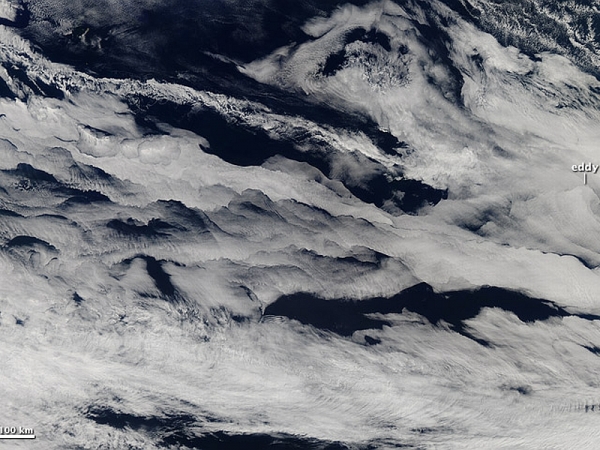 Past research concluded that the plankton would be affected if the CO2 levels rise. Scientist believed that if enough CO2 permeated into the water, they would become more acidic and the more acid the water, the less microscopical life would exist. But it seems that this new study has proved the old theory wrong.

In their study, the team analyzed Continuous Plankton Recorder survey data from the North Atlantic Ocean and North Sea since the mid-1960s until 2010. They used Random Forest models to examine 20 possible environmental causes for this change and the data revealed that higher carbon dioxide levels in our planet’s oceans may be causing the increase in the population of Coccolithophores.

“Our statistical analyses on field data from the CPR point to carbon dioxide as the best predictor of the increase in coccolithophores, the consequences of releasing tons of CO2 over the years are already here and this is just the tip of the iceberg.” Sara Rivero-Calle, lead author of the study said.

This rising levels could have both negative and positive consequences for humans and animals, but mainly negative. Plankton is a major food source for many aquatic animals so, the more plankton, the more food for them. On the contrary, scientists believe that the carbon dioxide emissions increase the acidity of oceans and this could make it more threatening for some species that live in them. Furthermore, the rise of carbon dioxide will only make global warming worse.

The scientists in the study agreed that these results clearly show a major and rapid change in our ecosystem.