The Hubble Telescope took spectacular images of Twin Jet Nebula, showing how majestic and chaotic the outer space can be. The stardust forms a beautiful shimmering butterfly which is projected in the space while a tremendous amount of energy and mass interacts to create the PN M2-9, the formal name of the Nebula. 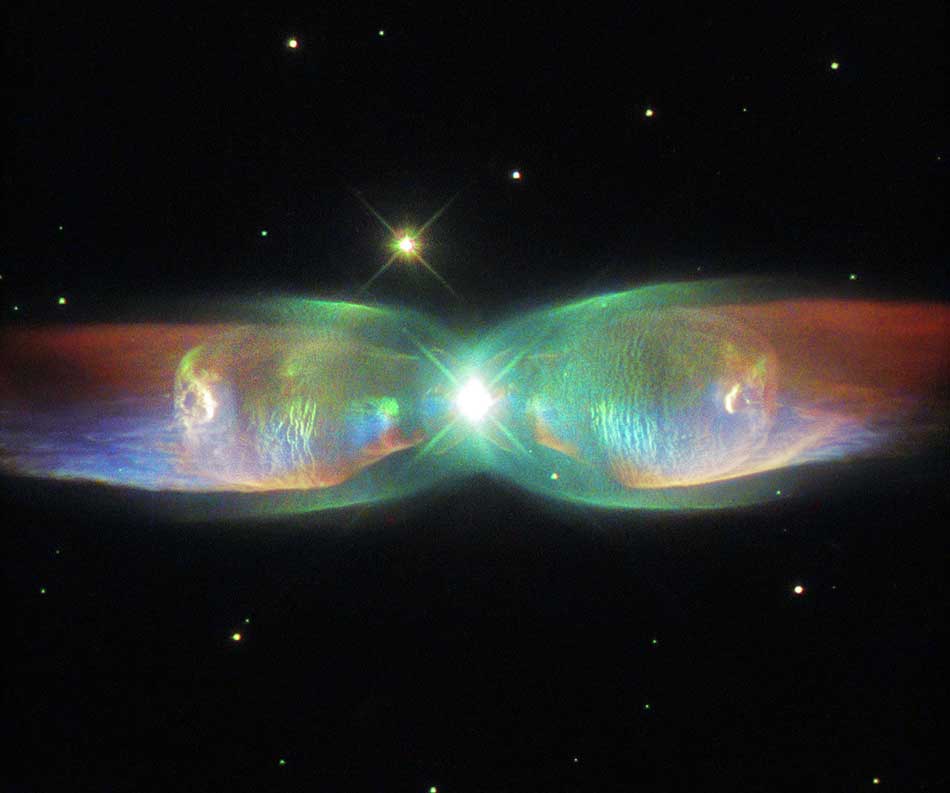 The Twin Jet Nebula consists on a system of two stars, where the biggest one which is in the middle of the phenomenon started to collapse, causing the dying star to shed its outer layers. The orbit of the collapsing star along with the dwarf companion takes the ejecting gas into a violent environment, blasting out two corkscrewing jets forming the butterfly’s wings. The complete butterfly-like shape is likely produced by the movement between the two stars orbiting their common center of mass, according to NASA.

The European Agency describes them as “violent twin jets streaming out into space, at speeds in excess of 1 million kilometers per hour”

Who discovered this interstellar show?

This isn’t the first time that the Twin Jets have been spotted. Rudolph Minkowski, a German-American astronomer discovered the phenomenon in 1947, which named it PN (Planetary Nebula) M2-9, which stands for Minkowski 2-9. It is located about 2,100 light-years away from Earth in the direction of the constellation Ophiuchus. This bipolar nebula takes the peculiar form of twin lobes of material that emanate from a central star.

Given the expansions of the so called wings of the butterfly, experts made estimations about the age of the Nebula. They concluded that the Twin Jets are 1200 years old and continues to grow as the stars spins around each other at pace of once every 100 years, 100 times longer than the earth spinning around the sun.