How Putin’s War Could Affect the Global Economy?

Putin’s invasion of Ukraine wages on, which has led to adverse effects on the economy and a worsened economic outlook. Mounting inflation, pressures on global supply chains, and increasing sanctions have all exacerbated economic uncertainty and market volatility and may continue to affect monetary policy. It is therefore critical to consider the implications of this war on the economic outlook and decision-making since they may impact online trading. 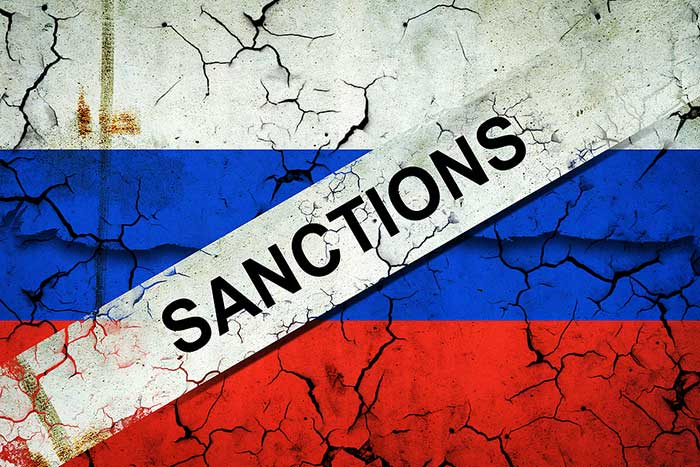 Given the sanctions, Russia’s economy will feel the most significant consequences from the war. However, the economic impacts of war will be felt worldwide.

The US and Europe have imposed significant sanctions on Russia following the invasion. The consequences on the Russian economy are and will be considerable and far-reaching. These sanctions are designed to inhibit Russia from accessing cash reserves and cut off some Russian financial institutions from SWIFT, which executes financial transactions worldwide.

Additionally, the US froze about $300 billion of $630 billion in assets held by the Russian Central Bank. The US did this to prevent Russia from using this pile of international reserves to finance an attack on Ukraine or boost its suffering economy. Another sanction imposed by the EU and other European countries is banning Russian flights from airspace. These sanctions are historically significant and will have unprecedented effects on the global economy.
Russian Ruble and Key Interest Rates

The sanctions and the crisis caused the Russian ruble to plummet to a record low. The exchange rate is currently less than one cent to the US dollar. The public raced to withdraw cash from the ATMs amid fears of a breakdown in electronic banking.

Amid the crash of the ruble, the Russian central bank more than doubled its key interest rate of 20%; It also banned foreigners from selling Russian securities and ordered exporters to convert most of their foreign-currency revenues into rubles.

Due to the invasion, there has been a spike in commodity prices, particularly crude oil and gas prices, a situation that may have had an impact on online trading. Russia is a region that produces significant amounts of crude oil, wheat, and essential metals like palladium. Russia is known as Europe’s breadbasket, providing 30% of the grain throughout Europe. Uncertainty regarding the conflict is causing mounting inflation on commodity prices.

Inflation is already up 7.5% on the year in the US. This number is over triple the Fed’s target of 2%. Consumers fear the implications of supply shortages of gasoline, wheat, and other commodities. Consumers will first feel the impact of the inflation caused by war at the gas stations.

Russia’s war on Ukraine will affect Fed policy. The uncertainty of the war has lowered expectations for the size of the rate hike. On Wednesday, Fed Chair Jerome Powell stated that the central bank would begin “carefully” raising rates in March and be more aggressive in the coming months if inflation does not cool as quickly as expected. Powell stated that the near-term effects of the war and sanctions remain uncertain. The rate hike will impact trading because there will be less market liquidity.

Global supply chains had already been weakened due to the pandemic. Automakers, which have extensive supply chains, are already feeling the effects of the war. They could face shortages of parts like catalytic converters since Russia is a primary producer of palladium. The conflict in Ukraine has raised shipping costs because energy prices have been soaring.

Shipping ports around the Black Sea have been closed, which has halted cargo vessels. Additionally, the closed Russian airspace will create challenges for air shipments between Russia and Asia. These closures will have a significant impact on the movement of commodities. The backlog will harm industries that rely on these commodities.

Russia’s war on Ukraine could affect the economy in several ways. Europe and the US have increased sanctions on Russia. The sanctions are unprecedented and have significantly weakened the Russian economy. The ruble has dramatically declined in value, and Russia’s central bank has more than doubled the key interest rate. As a result of the increased sanctions, global supply chain issues have surged due to rising shipping costs and closed airspace. The supply shortage of palladium and gasoline will cause problems for industries that rely on these materials. Consequently, prices of these commodities will surge. This situation will lead to mounting inflation pressures.

The uncertain economic outlook will affect the Fed’s policy. The increase in rates may be lower than anticipated due to the geopolitical conflict. If inflation does not cool off on its own, Powell said the Fed would take more aggressive action in the coming months. The rate hike could also have an impact on online trading. The full implications of the war will be far-reaching and remain unknown. However, given Russia’s meager contributions to global GDP, it is likely that Russia will face the most severe consequences of the war.