Everyone and his brother knows by now who Kentaro Iwata is. He became famous for his Diamond Princess quarantine video that went viral in both English and Japanese. Uploaded a few hours before the official quarantine period ended on Feb. 19, Iwata gave some of the most scathing condemnation of his perception of faulty and deficient quarantine measures carried out on the cruise ship. 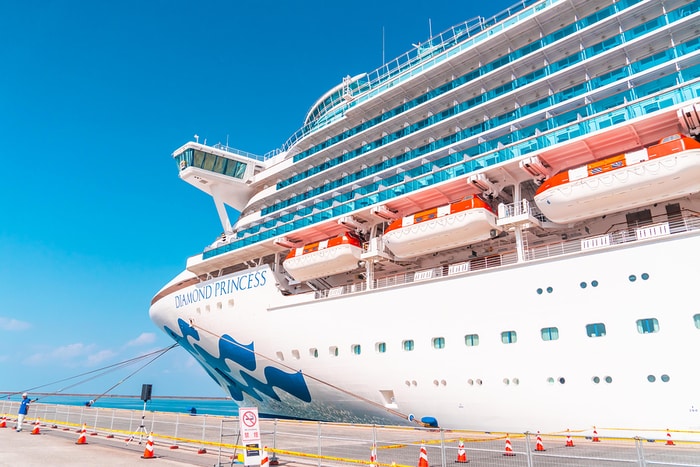 Kentaro Iwata is a professor of Kobe University’s Infectious Diseases Therapeutics. In interviews he gave after he had deleted his video, he clarifies that the comments he made were his personal opinions and not of Kobe University. But in his 12-minute long YouTube video, he did not say that, giving the impression that his observations were of official nature of the university, thus making them look more credible.

Iwata is inclined to the political left-wing, as gleaned from comments he has made on social media. For example, he has said that cockroaches are annoying but harmless and should be wiped out, just like online right-wing people.

After taking down the video, he apologized but one day after, he sent out another tweet, “People who make a fuss online just wanna bad mouth the Chinese and are taking this opportunity to go along.” He has unfairly concluded that banning Chinese people from entry to a country is a racism issue hiding behind the guise of concern over Covid 19.

But after his video garnered over a million views, the damage had been done due to his exaggerated remarks such as, “violating all infection control principles,” “worse than Sierra Leone,” and “the bureaucrats were in charge of everything.” Iwata claims that he had been to Africa and China to deal with the Ebola and SARS outbreaks but that the Covid 19 quarantine on the Diamond Princess had scared him more. His commentary attracted the attention of international media and elicited harsh criticisms aimed at the Japanese government.

Prof. Iwata must be reminded that Japan’s containment of the coronavirus outbreak succeeded because the government that he despised had proactive steps developed and implemented immediately, weeks after China informed the world of the disease and before the Diamond Princess quarantine took place.

Japan has a population of 1.26 million, of which Iwata is one, and a total of 833 cases and 27 deaths. Prof. Iwata should be thankful that he was spared. If he was living in another country, like the UK for instance, he might not have been as lucky. Think 1,500+ cases and 55 deaths out of 67 million people. Shouldn’t you be grateful to PM Abe, Prof. Iwata?

But Prof. Iwata was not actually part of any team that was working on the quarantine protocols inside the Diamond Princess. He had wanted to get inside the ship but could not do so on his own since the entry was limited to authorized personnel only. So he approached Dr. Yoshihiro Takayama, an infectious diseases expert at the Okinawa Prefectural Chubu Hospital.

Takayama advised Iwata to join the organization of Society for Environmental Infections since it was active on the cruise ship then. But he was rejected, as he said so himself to Takayama. The fact is, his entry was barred from the start since “someone didn’t like me,” as he said in his video. It seems Iwata isn’t a very likable person, after all.

But his persistence to get on the ship succeeded, as his next step was to join the Disaster Medical Assistance Team (DMAT) as a member. Takayama advised Iwata in no uncertain terms not to preach about infection control but instead to create trust with the other workers.

At the time Iwata entered the ship, passengers were disembarking guided by quarantine station workers, the DMAT and the Self-Defense Forces (SDF.) Due to the nature of the quarantine and fear of the coronavirus, it is to be expected that the atmosphere was tense and anxiety-ridden.

Yet, Mr. Iwata acted like he was in charge, giving directions and reprimanding the workers. In less than two hours, he was ordered to get out. Another infection control specialist remarked that it’s reasonable for even a specialist to be kicked out if his behavior warrants it.

According to a Japanese psychiatrist, it’s possible that Iwata’s observations were based only on what he saw in less than two hours but his video can create anxiety among passengers and crew instead of feeling safe.

Another curious issue is the desire of Iwata to get into the Diamond Princess only when the two-week quarantine period was about to end. There are around 1,500 infectious disease physicians in Japan but Iwata was never considered to be part of any team. Did that rankle him so much that he had to go in at the last minute with the intent of creating that video?

Although a lot of medical specialists and government officials admit that the quarantine wasn’t perfect, grandstanding and going on YouTube to malign your own fellowmen and country is not acceptable behavior. Without making excuses for the lapses in carrying out the quarantine measures, it bears noting that Covid 19 is a new virus, emerging only in December 2019, amid numerous unknowns and uncertainties.

If Professor Iwata was upset over not being chosen to be part of the medical team on the Diamond Princess, and rubbing salt over his wounds, to be kicked out after forcing himself in, he has gotten his revenge with the video he made.

US Overtakes China and Italy in Coronavirus Cases; New York Records 100 Deaths in One Day < Previous
FDA Approves Test Kit That Detects Coronavirus in 5 Minutes Next >