How have Major E-Commerce Giants Handled the COVID-19 Crisis?

The COVID-19 virus spread across the world, creating havoc and market chaos. The virus created a crisis that initially started in China to the rest of Asia and Europe and eventually North and South America. COVID-19 is a novel coronavirus with no cure or vaccine available to make people immune to its attacks. The spread left sickness and death in its wake, and quickly lead to social distancing and quarantines. Entire countries such as Indian and Italy put everything on hold to contain the spread of the virus. In the United States, each state declared its own rules on quarantines, leaving many stranded. With more than 20-million people in the United States losing their jobs in April, according to ADP, very few companies were spared financial pain. As consumers settled into their new quarantine lives, e-commerce companies that allow you to shop at home and work at home took on additional importance. 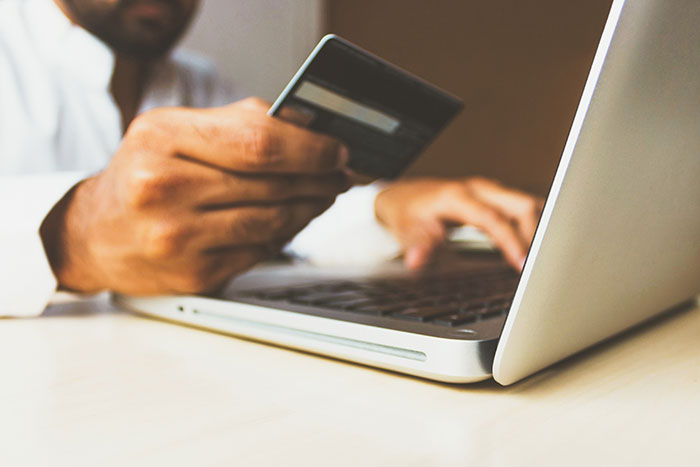 The Rise of Amazon and Walmart

The initial reaction to the virus spread in the US was one of complacency. Reality finally set in when the San Fransico mayor orders a “shelter in place” mandate. This was followed by an order by the California Governor to quarantine, and eventually that order was mandated in New York, New Jersey, Massachusetts, and Connecticut. All non-essential businesses were ordered to close. What remained were supermarkets, drug stores, and restaurants able to provide take out via curbside or drive through. The seriousness of the “shelter in place” order, finally got through to US citizens, which left them stranded at their homes. With offices closed around the country, home life became the norm.

Consumers who are stuck in their homes turned to e-commerce giants to fulfill their needs. Everything from groceries to video games needed to be purchase and e-commerce giants like Amazon, Walmart, Costco, and Target were prepared to provide goods directly to consumers. During the latter part of Q1 and the beginning of Q2, good have been purchased in droves, generating significant revenues for many of the e-commerce giants.

The flow of orders for online platforms pushed Amazon’s shares to all-time highs in early April ahead of the e-commerce giants’ financial results. What was clear from the earnings report is that revenues surged, but spending also accelerated, putting a dent in net profits.

Amazon reported revenue of $75.5 billion which led to earnings per share of 5.01. Expectations on the top line were revenue of $72.9 and expectations on the bottom line was $6.34 per share. While many companies pulled their guidance, Amazon released a forecast where the company expects revenue in the range of $75 billion to $81 billion, which was in line with analysts’ expectations. The company now forecasts that there will be little on the bottom line in the next quarter hovering between a $1.5 billion loss to a profit of $1.5 billion. That compares with an operating profit of $3.1 billion in the second quarter of 2019.

In its latest fiscal Q4 results reported in mid-February e-commerce giant Walmart reported same-store sales that were up 1.9% in the U.S. versus growth of 2.3% expected. They probably could not have imagined that sales would surge in the fiscal Q1. Some analysts are forecasting huge increases in same-store sales. Q1 U.S. comparables sales are expected to be up 9.3% versus +3.5% consensus. Walmart has benefited in several different categories. Alcohol purchases skyrocketed, along with grocery sales.

The surge in sales is at the expense of companies that are unable to provide at-home delivery in a timely fashion. Initially, consumers were unwilling to go to their local shop even with a mask and gloves to buy goods. Eventually, quarantine restrictions will be relaxed, and consumers will venture out into the world with buoyed demand. The issue is the timing. A vaccine will likely be the only solution that will bring the global economy back to normal.

The normal to shop at Walmart or Costco is no longer normal. Shoppers need to wait on line to enter a store if the store reaches capacity. The shopping experience has changed, making purchases online more convenient.

There has been a shift in the way people shop driven by COVID-19. The quarantine has created excess demand for e-commerce, allowing a few giant companies to prosper. As countries begin to reopen their economies and relax restrictions on movement and commerce, the heavy demand for e-commerce will ease slightly. The reality is that until there is a vaccine that is proven to generate immunity, the role of e-commerce will play an important part in the global economy.