House Democrats have approved a bill to make Washington DC the 51st state in the United State. The debate for the statehood of Washington has been going on for quite some time following its introduction by Eleanor Holmes Norton, a non-voting House member representing the DC. 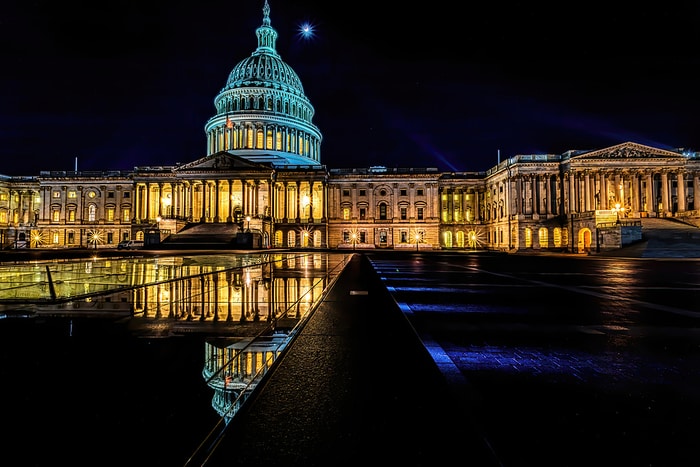 The approval of the bill for granting statehood to Washington DC is the first time both chambers of Congress would agree to the debate. If the bill finally scales through all the hurdles, it will mean that the federal capital will be restricted to the White House, Capitol building, Supreme Court, and other federal buildings along the National Mall. To this extent, the other parts of the city would constitute the 51st state.

The new state would be called Washington, Douglass Commonwealth in honor of Frederick Douglass, a slave abolitionist, according to ABC News.

The House voted 232-180 to pass the bill. Only two persons voted against it: Justin Amash of Michigan, an independent member, and Collin Peterson of Minnesota, a Democrat who joined Republicans to reject the bill. Once fulled accepted and operational, two DC senators will emerge and the only House representative will become a voting member.

The issue however is that President Donald Trump does not want the bill and might veto it if it arrives his office, and the Republican-dominated Senate might not sign off on it either. Just last month, Trump said in an interview that the bill will never see the light of day “unless we have some very, very stupid Republicans.” He made it clear that he does not approve the 51st state for the DC since this might result in having more Democrats in the House.

“DC will never be a state,” Trump said in the interview. “You mean District of Columbia, a state? Why? So we can have two more Democratic — Democrat senators and five more congressmen? No thank you. That’ll never happen.”

Washington Mayor Muriel Bowser, a supporter of the bill stated that it will not only grant voting rights to DC senators and congresswoman, but it will also reduce the draconian influence of the federal government on the already limited autonomy of the area.

“The whims of the federal government can encroach on our even limited autonomy, and it can do so in ways that are threats to all of the American states and all of the American people,” Washington Mayor Muriel Bowser said. “Let’s fight back against the cries that we’re too liberal or we’re too black or there are too many Democrats…”

Given that the DC has over 705,000 people – a population exceeding that of Vermont and Wyoming – supporters said the creation of the state would split the number residents and make for more resources for all.

Republican Rep. Gregory Murphy of North Carolina however said it might make more sense to cede the land back to Maryland instead of creating another state out of DC. “The move is simply unnecessary when ceding DC back to Maryland is a viable, cost-effective and common sense option,” he said.