Enough sunlight strikes the earth’s surface in any given 90-minute increment that it could power the world’s energy consumption for a year. Solar technology and innovative companies, such as Green Development, seek to capitalize on the vastly abundant resource by converting sunlight into electrical energy. This is done with specialized panels or mirrors that concentrate solar radiation, producing energy that can then be converted into electricity or stored in batteries for later use. 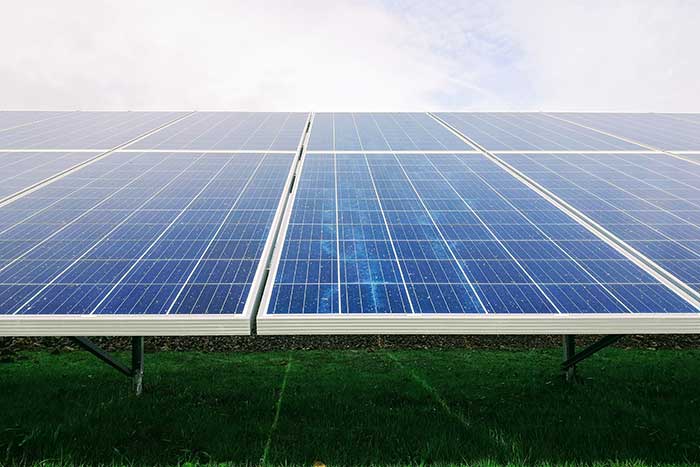 Solar Panels Are Experts At Soaking Up the Sun

Solar panels were first discovered in 1839 by French physicist Henri Becquerel when he noted that electrodes placed in acidic solutions were capable of producing small amounts of energy when exposed to light. Little did Becquerel know that he was onto something huge.

Modern-day solar panels are made of materials such as silicon or cadmium telluride, which act as semiconductors. When light hits these materials, it energizes the electrons, injecting enough energy into them to create a flow of electrical current. Solar panels typically combine dozens of solar cells to produce usable voltage, which can feed power directly into the electricity grid or be reserved and transported.

The amount of electric power produced by solar panels depends on the intensity of light. Therefore, they are not particularly effective on cloudy days and produce no energy through the night. However, most solar panels are built in areas prone to receive large quantities of sun and produce enough energy to mitigate the losses that come with nightfall. This excess energy is stored in large batteries until the energy is called into use.

With increased demand and understanding of solar panels in recent years, the cost of silicon and cadmium telluride has decreased sharply over the last twenty years. In the sunniest portions of the United States, this means that commercial solar power is about as cheap (if not cheaper) than generating energy from fossil fuels.

It usually requires a 6 KW installation of solar panels to power the typical American home. This costs about $14,000—just a fraction of what it would have cost just a couple of decades ago. As manufacturing prices continue to fall in accordance with advancements in solar technologies, it is projected that solar power could eventually produce enough energy to meet 20% to 60% of America’s energy requirements.

Solar is expected to grow exponentially in the next 10 to 20 years in the U.S. For the long term growth of solar, and to ensure reaping of all the economic benefits that come with it, large solar installations will have to be financed and produced to store solar energy through cloudy periods.

Solar energy will be one of the primary energy resources for the United States as we move into a greener age. With additional research and investment on the way, innovation and implementation will accelerate the process and work to meet the energy demands of a new era.

What’s the Role of the FNP-C? < Previous
Hardback to Reality: is it Time to Say Goodbye to the Paperback Book? Next >