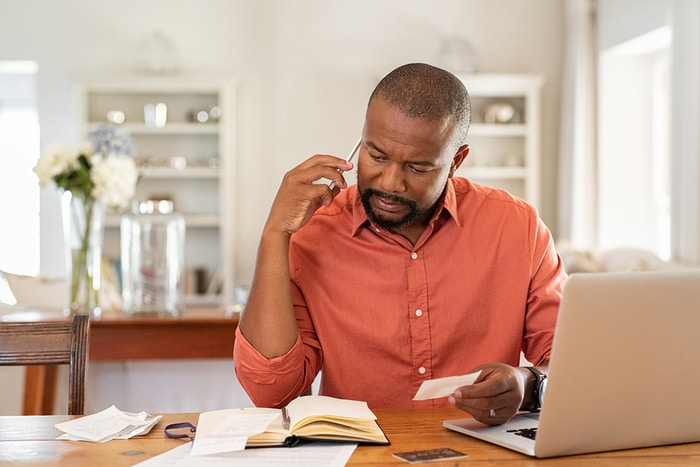 The IRS disclosed that money was first sent to people they could reach the fastest, and these are people with direct deposit information with the agency – mostly people with a refund on their 2019 or 2019 tax returns. As it stands, the federal tax agency is in the process of distributing $290 billion of the total $2.2 trillion CARES Act stimulus bill in direct cash payments. People who are not able to receive direct cash payments to their accounts will have the money sent to them via paper checks with President Trump’s personal signature.

“I was so confused,” said Aimme Saldana, a 23-year-old California warehouse worker. “I don’t know where they got that number from. I lost two weeks of pay because I was sick. I was depending on that for my car payment.”

“Once I pressed submit, the account number that they listed didn’t match any of mine,” he recalled. “I called my bank and there was nothing they could do. There was no connection to my account.”

IRS spokeswoman Jodie Reynolds said the agency is aware of this problem and doing everything in their power to correct the situation. She assured people that banks would reverse the payments back to the IRS and that paper checks will later be issued to affected persons.

According to CNN researchers, five of the reasons why people have not received their stimulus checks when they ought to have gotten them are –

Whatever the case, the IRS said they are on top of the matter and that every eligible individual will get his payment even though it takes months to arrive.