A 19-year-old teenage girl, Corionsa Ramey, has requested to attend her father’s execution on Tuesday in Missouri, but a federal judge denied the request. In Missouri, a person must be 21 years old or above to attend an execution. Corionsa’s father, Kevin Johnson, has been on death row since 2007 for the 2005 murder of Kirkwood Police Sergeant William McEntee. 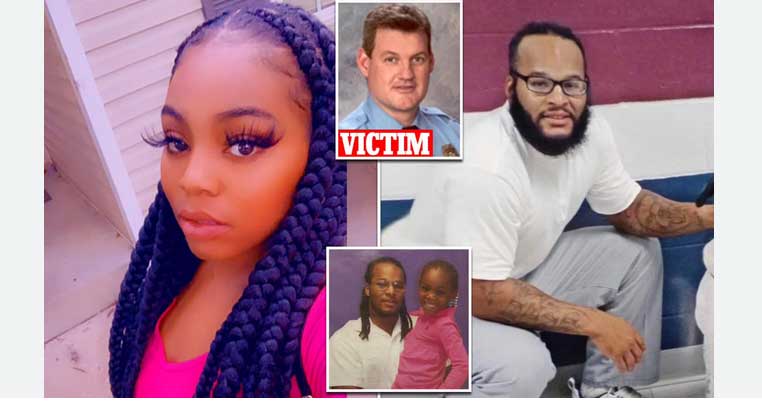 Corionsa, through the lawyers defending her father, requested US District Judge Brian Wimes to postpone her father’s Tuesday execution until he grants her request to attend the event. The American Civil Liberties Union (ACLU) also filed an emergency motion with the federal court in Kansas City asking that Corionsa be allowed to attend the execution.

Judge Wimes agreed that being barred from attending the execution may likely cause emotional disturbances to the teenage girl, but argued that the law barring her does not violate her constitutional rights. He said the Missouri law that only a person aged 21 may attend an execution does not violate the personal rights of any individual below the stipulated age.

Rep. Cori Bush and Rep. Emanuel Cleaver, both Democrats, have also reached out to Republican Gov. Mike Parson to intervene and grant clemency to Johnson. But the governor made it clear that he has no intentions of canceling the execution plan. The reps contented that Johnson was only 19 years when he committed the murder and that he had a history of mental illness and domestic abuse as a child, but Parson disagreed.

Johnson’s lawyers and Special Prosecutor E. E. Keenan submitted that the death sentence imposed on Johnson was tainted by racism and prosecutorial misconduct. They argued that the fact that Johnson is a black man who killed a white man played a part in his sentencing. Keenan stated that former St. Louis County Prosecutor Bob McCulloch handled five cases involving the deaths of police officers within his 28 years career.

He said McCulloch demanded the death penalty in four of the five cases that involved black defendants, but failed to seek death for the only white defendant that killed a white officer. “It’s nonsense,” McCulloch responded, “that they’ve come up with trying to make the death penalty a race issue. It’s just something to distract people from that.”

Keenan and Johnson’s lawyers have filed motions with the Supreme Court in Missouri to stay the execution. The apex court will hear arguments on the request on Monday.

“I’m heartbroken that I won’t be able to be with my dad in his last moments,” Ramey said in a statement from Missourians for Alternatives to the Death Penalty. “My dad is the most important person in my life. He has been there for me my whole life, even though he’s been incarcerated. He is a good father, the only parent I have left. He has worked very hard to rehabilitate himself in prison. I pray that Gov. Parson will give my dad clemency.”

Corionsa was two years old when her dad was incarcerated. State officials accused Johnson of killing McEntee out of annoyance that police did little to save his 12-year-old brother Joseph “Bam Bam” Long who died of a congenital heart condition earlier that day on July 5, 2005. Johnson was said to have gone to McEntee who was seated in his police car, shooting his through the passenger side. He allegedly shot the police officer seven times and killing him instantly.