German media giant, Axel Springer, has acquired a Washington-based Politico news website for more than $1 billion. Springer will also take over Politico Europe and Politico’s tech website Protocol as part of the deal. Politico’s owner, Robert Allbritton, will remain in control of the business which will definitely be run differently from Springer. 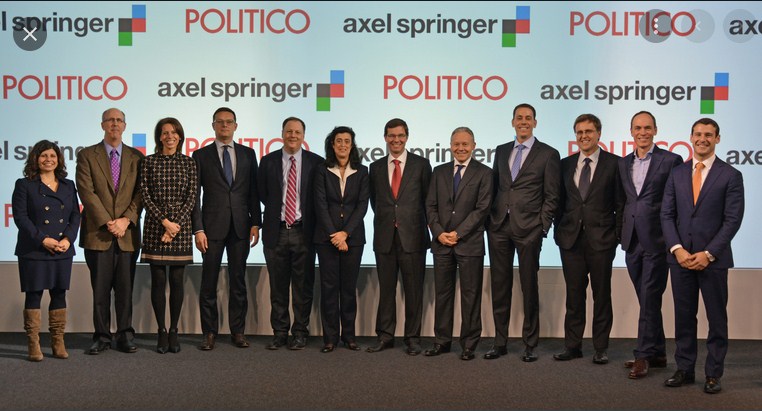 The deal will be closed before the end of this year.

Long before Springer came aboard to buy the news company, Allbritton had been on the lookout to sell the business. With employees that exceeded 500 journalists in Europe and North America, Allbritton said he could not effectively manage the continual expansion of the business and needed a good company to acquire it. Insiders said he got the more than $1 billion he asked for.

“It became steadily more clear that the responsibility to grow the business on a global scale, to better serve the audience and create more opportunities for our employees, might be better advanced by a larger company with a significant global footprint and ambitions than it could be by me as the owner of a family business,” Allbritton had said.

The CEO of Springer, Mathias Dopfner, said he was happy to clinch the Politico deal, adding that the American media company is “outstanding” in terms of “digital political journalism.” He described Politico as a news organization that cherishes non-partisan news coverage and editorial independence. He said Politico has remained profitable over the years and is one media organization that anyone would be proud to associate with.

“We acquired Politico because we believe in its potential,” Dopfner said. “At the same time as a global media company, we are always looking at strong digital publications to partner with.”

Politico earns revenue of about $200 million annually, even though the website is free for all readers. It however makes a significant portion of its yearly revenue from Politico Pro, a subscription service that top politicians and businessmen subscribe to, CNN wrote.

In 2015, Springer acquired Business Insider for about $500 and operated it as a subscription news outlet. In 2020, the German news conglomerate also bought a major share in Morning Brew, an American newsletter firm. Before now, the company also controlled a significant share of Politico Europe and acquiring Politico and its other subsidiaries repositions Springer as a United States news organization.

Meanwhile, Springer is also looking to acquire Axios, another American news startup that operated as a rival to Politico. If Dopfner succeeds at buying Axios, then he might hire one CEO to run both Politico and Axios, given that Politico’s CEO Patrick Steel had revealed his plans to exit the company.