The explosion of gaming platforms over the past few decades has made the industry accessible to solo developers. And the rapid advance of development tools means the process of creating a game has never been easier. But that doesn’t mean a would-be developer can dive right into building a game without a little bit of knowledge of current best practices. 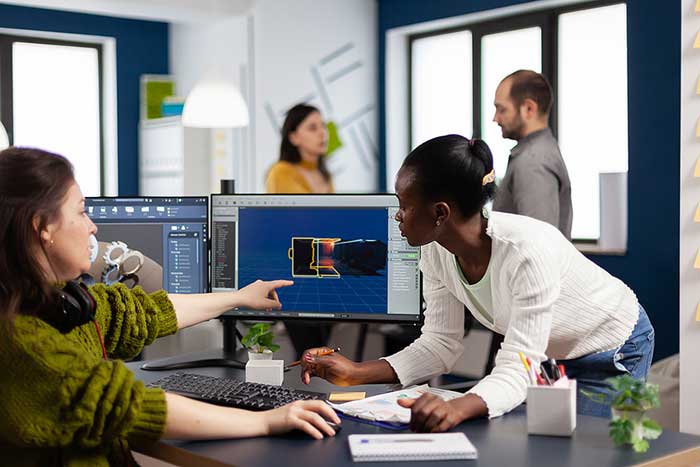 A new developer can get just one of countless things wrong and cause audiences to abandon the game they worked so hard to produce. And one of the things that new developers often struggle with is figuring out how to build a tutorial into their games to teach new players the mechanics that make it work. As it turns out, there are some things that most successful in-game tutorials have in common. And to help newcomers, here’s what they are.

The first thing that makes for a successful in-game tutorial is integration into the game’s actual gameplay. The reason is simple. If you create a tutorial, you have two choices – make it mandatory or skippable. And most gamers will choose to bypass a tutorial whenever they have a chance.

So if you’re going to make it mandatory, you need to do it in a way that blends it into the gameplay. Standalone tutorials are disruptive and ruin immersion. And if you can weave the tutorial into the early part of your game in a way that doesn’t stall the player’s progression, most gamers won’t mind the tips.

Depending on the type of game you’re building, it’s not always simple to explain everything the player will need to know all at once. So don’t try. If you’re creating a game with complex or unfamiliar mechanics, try to break the tutorial down into smaller pieces that the player encounters on an as-needed basis.

There’s no better example of this than Valve’s original Portal. The game’s tutorial is spread out across almost the entire first half of the game. And because the way it’s integrated is both useful to the player and doesn’t stall their game progression, most people didn’t even recognize it as a tutorial at all. It’s the exact model that all game tutorials should aspire to – even if you don’t make yours perfect, close is good enough.

When creating game tutorials, there’s a fine line between being thorough and insulting the audience’s intelligence. And ending up on the wrong side of that line will leave a bad taste in the players’ mouths. So it’s a good idea to playtest your game with that in mind.

Try and collect feedback from testers to get an idea of what’s obvious and what’s not. Make sure a sufficient number of testers are people with limited gaming experience. That way you won’t make assumptions that leave newcomers behind. And if your game looks simple but hides a complex mechanically, be certain to have testers play it all the way through to be certain you’ve covered everything. I’m still trying to figure out how to play Minesweeper – and it’s been over 30 years (I’m happy to accept pointers, by the way). Don’t leave your audience in the same position.

Last but not least, it’s important to remember that even the best tutorial might not stick with a player after a single play-through. So you should make sure that your tutorial elements are replayable throughout the game. You might wish to do this by adding a menu option that can bring the player back to the point when each important point gets covered.

This not only helps inexperienced players along but also will enhance your game’s longevity. I can’t tell you how many games I’ve failed to get back to after a break because I didn’t feel like struggling to remember how to play them after a long time away. And that can also spell doom if you decide to create a sequel – because nobody’s going to buy the next chapter of a gamer they didn’t finish.

The bottom line is, game tutorials are a critical part of the player experience. And they require careful planning and forethought to get right. It’s not the kind of thing you can retroactively create after a game is complete, and needs to be an organic part of the game planning process from the beginning. And any developer that takes the time to get their tutorial right will be rewarded with happy players and more successful games – so it’s a task worth paying attention to.