The push for Autonomous Vehicles continues with full force and feels more unavoidable with each passing day. Experts believe that by 2040 autonomous cars might account for up to 66% of all kilometers driven. And with an annual CAGR growth of 22.7%, there’s no denying that the industry is advancing at a steady pace. 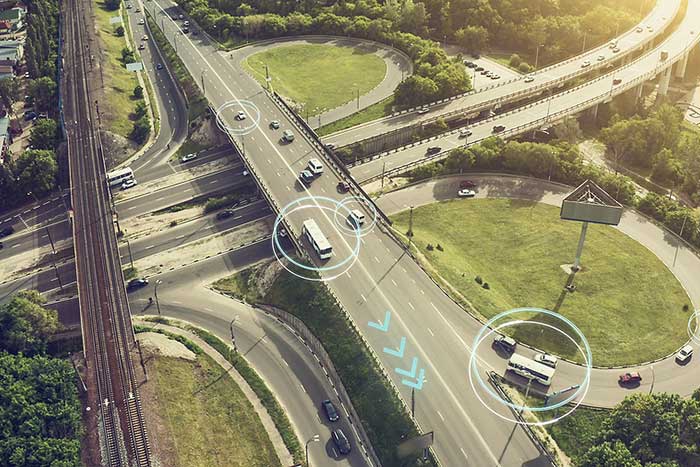 However, the main obstacle these technologies are facing beyond public perception comes in the way they interact with the world surrounding them. As machines lack proper sight, the self-driving capabilities of cars heavily rely on sensor inputs, which while abundant, are not always accurate enough for the fine tasks that driving demands. That said, things are looking to change soon with the recent developments in sensor fusion technology. Here’s the breakdown of what this means.

What are the limitations of current sensors?

The main issue with relying on a single form of sensors for autonomous driving comes in the limitations each system brings. Cameras for example offer very high fidelity visual information that allows vehicles to easily determine the size of items in their path. However, cameras cannot interpret true depth, meaning that on their own they are very limited when it comes to determining the distance and speed of surrounding objects.

Laser-based sensors like LiDAR on the other hand are excellent at determining the distance of other objects relative to themselves, but they offer very little visual information which means they aren’t a solution on their own either. This is where fusion sensor technology comes in, promising to bring the best of both worlds to provide safer autonomous vehicles.

What is sensor fusion technology?

Sensor Fusion Technology refers to systems that rely on multiple sources of sensor information to provide a more accurate representation of the world around an autonomous vehicle. That is to say, Sensor Fusion refers to the practice of using multiple types of sensors together and combining their input data to provide more accurate information to systems like self-driving midsize cars.

Sensor Fusion Technology covers both the hardware required to obtain data, as well as the software that compiles this data and combines it in real-time to provide a car with an accurate interpretation of its surroundings. While this type of technology always had a lot of promise, it had key limitations when it came to its processing demands. Sensor algorithms like the ones used in LiDAR have traditionally been very taxing on their hardware, and adding further sensors to the mix only added to this demand.

However, in recent times Sensor Fusion Technology has had a considerable boom, with more companies getting involved in the production of these systems as well as the streamlining of its software. In the Asia Pacific, the sensor fusion market is experiencing accelerated growth, while software development like ADAS promises a bright future where the complex calculations of Sensor Fusion become feasible in real-time.

What do these breakthroughs mean for autonomous vehicles?

Once autonomous vehicles become able to reliably interpret real-time information from multiple sensors they will have overcome their main obstacle to get into the mainstream driving scene. The technology required to allow a car to self-drive is largely established by now, as such the main factor holding them back has always been their ability to interpret their surroundings, particularly when it comes to fast-moving objects like people or other vehicles.

Sensor Fusion Technology is already finding a place amongst automakers. Hyundai uses it on its FCA (Forward Collision-Avoidance Assist) to warn drivers of potential collisions, which shows how reliable this technology truly is to avoid crashes. Similarly, Volvo used Sensor Fusion to showcase the viability of self-driving midsize cars in the city of Gothenburg. 100 self-driving cars navigated the city without issue and showcased the viability of the technology.

Sensor Fusion Technology is the answer to the current limitations of autonomous vehicles, and with a rapidly growing industry dedicated to perfecting these technologies, it seems like a world full of self-driving cars is closer than ever.