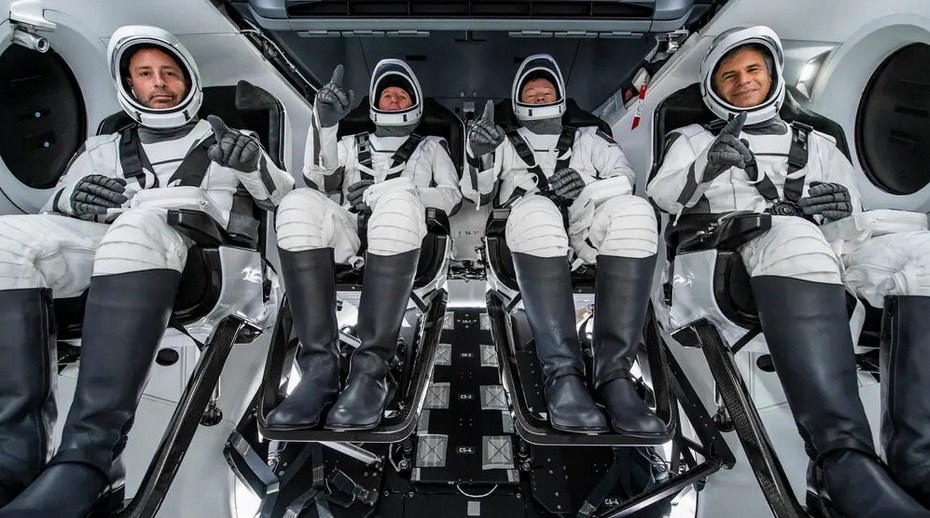 The four-space tourists on the Axiom-1 mission are Michael Lopez-Alegria, a former NASA astronaut and the current vice-president of Axiom; Larry Connor, the managing partner of the Connor Group in Ohio; Mark Pathy, CEO of Mavrik Corporation; and Eytan Stibbe, a former Israeli Air Force pilot and investor. Lopez-Alegria is the mission commander.

Dana Weigel, deputy program manager for the ISS at NASA, supervised the launch and noted that the success of the takeoff signified a milestone in commercializing space tourism to low-Earth orbit. Axiom had contracted SpaceX to launch the tourists to space via its Falcon 9 space rocket and Crew Dragon capsule. NASA had hired SpaceX to launch astronauts to the ISS using the same spacecraft rocket and capsule.

“Welcome to space,” a SpaceX official said to the Axiom-1 crew soon after the capsule detached from the second stage of the rocket. “Thanks for flying Falcon 9. You guys enjoy your trip to that wonderful space station in the sky.”

Each of the visiting tourists had paid $55 million for the ISS trip. Although Axiom did not disclose the exact amount each private tourist paid for the Axiom-1 mission, the company revealed a few years ago that $55 million would be charged per passenger to visit the ISS. The passengers will also pay additional charges to use the station’s amenities (air, water, internet, and toilet) and accommodation per day.

In 2019, NASA said private tourists on private spacecraft would be charged $35,000 per night per individual to use accommodation and amenities. The federal agency said this fee may be reviewed higher in the coming years, and it is possible that the Axiom-1 crew paid higher for boarding and facilities.

For the eight days, the tourists will spend inside the ISS which is almost as long as a football field, they will engage in their private activities and also carry out 25 scientific experiments for medical institutions such as the Mayo Clinic, the Cleveland Clinic, and the Montreal Children’s Hospital.

The everyday training the tourists received and the safety procedures they were exposed to before takeoff was exactly what NASA astronauts got trained for, but astronauts received further professional training in carrying out technical tasks pertaining to the overall operation of the ISS. For instance, the tourists were taught how to use the toilets in space, but not how to fix them if they failed – this task and training were left to professional NASA astronauts.