The Food and Drug Administration (FDA) is encouraging food manufacturers and restaurants to reduce sodium in their products.

FDA’s approach comprises short-term and long-term targets. Because people has adopted non-healthy food consumption, reduction in sodium intake might become a challenging goal for everyone to accomplish, according to a recent study.

Even if individual food producers claim to have reduced sodium in certain foods, processed foodstuffs contain high quantities of salt. As well as those ‘prep’ foods served in restaurants. It might be due to the pressure on people’s agenda, but it is not a secret that everyday people prefer eating outside or buying prepared foods. The issue remains, as people have no longer the control of what they eat because there is another person in charge.  Sodium consumption has lately increased, resulting in adverse effects on our health.

According to statistics released by the FDA, Americans consume about 3,400 milligrams (mg) of sodium per day.  Federal guidelines have recommended a 2,300 mg limit, yet the average U.S. citizen consumes at least twice that amount. What’s more, American children also exceed the salt consumption limit. Those aged between 6 and ten consomme 2,900 mg of sodium per day and those aged between 14 and 18 consume even more salt than adults, 3,700 mg per day.

Given those numbers, FDA has proposed two-year (short term) and 10-year (long term) voluntary goals with the aim of encouraging food industries to reduce sodium in most of the products they make. The FDA is addressing this draft guidance to a more malleable community. They were recommending  sodium reduction in food makers and not directly in society.

It has been proved that low consumption of sodium can diminish strokes, heart conditions and cardiovascular diseases.

As it was stated before, too much sodium represent a risk for high blood pressure. 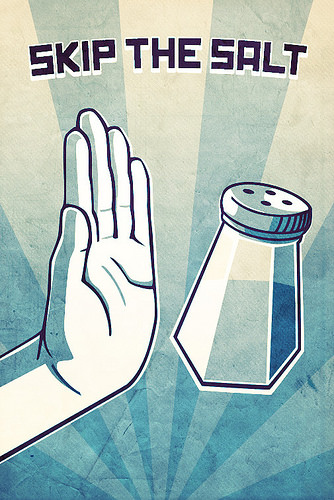 FDA officials have said that one in three Americans has high blood pressure and one in ten children presents the same condition.

Most of the sodium intake in our daily diet comes from salt, and the amounts of salt put in our meals are provided by industries production or by the chef that prepares for our dishes.

Nevertheless, the FDA does not want people to believe that salt is the bad guy of the story. In fact, the mineral is quite useful in keeping food from spoiling, in controlling microbial growth and in adding taste and texture in foods, the problem comes when its consummation exceeds the healthy limits.

Kristin Kirkpatrick, a dietitian at the Cleveland Clinic Wellness Institute, said: “We have tons and tons of salt in our diet.”

The draft of voluntary targets for reducing sodium proposed by the FDA will prevent thousands of premature deaths and diseases in the population. Therefore, the FDA aims to work with food industries and restaurants to gradually reduce and subsequently adjust sodium levels in processed and prepared foods.

The FDA’s approach consists of two phases, a short-term one, and a long-term one. The two-year plan comprises an initial reduction of sodium intake. The FDA hopes to reduce salt consumption from 3,400 milligrams (mg) to 3,000 mg per day.

According to Kirkpatrick, carrying out sodium reduction in two phases is a good strategy, considering how used to salty cuisine are Americans in these days. If the change had been categorical, people’s taste buds would have suffered an impact. So, The FDA guidelines will serve as restaurants and food industries to slowly reduce the amount of sodium in their products during the first two years of the plan.

The initial phase will have 90 days for comment in restaurants and food industries.

During the long-term phase (10 years), the FDA aims to reach a daily sodium consumption at about 2,300 mg, and this target will have 150 days for comment. To achieve these goals, the FDA is especially encouraging food manufacturers and restaurant chains all across the country to adopt the measures suggested by the agency.

Some companies have already started to adopt the voluntary goals recommended by the FDA. Such is the case of the world’s largest food company, Nestlé, which assures have begun sodium reduction in 2005. Early this month, the company has released a statement in which it supports the targets proposed by the agency and expressed its belief about the important change that food industry can have in population sodium reduction.

Alongside Nestlé, Mars, PepsiCo and Unilever have supported FDA’s approach.

Regarding this point, Kirkpatrick said there one primary challenge. It will be challenging for these companies to maintain quality with salt reduction. Most of them are popular because of its taste.

Eating too much salt? Probably, but the FDA’s new guidelines should help: https://t.co/BM8wb8xJot pic.twitter.com/1GQC4tlSBI