The Department of Homeland Security (DHS) has warned of rising threats against lawmakers and key government figures in the last 48 hours. The federal agency said the threats appear to be made by persons and groups sympathetic to the January 6 Capital attack cause. Some of the extremist threats are even directed at the presidency, and law enforcement agencies are responding to the DHS warning. 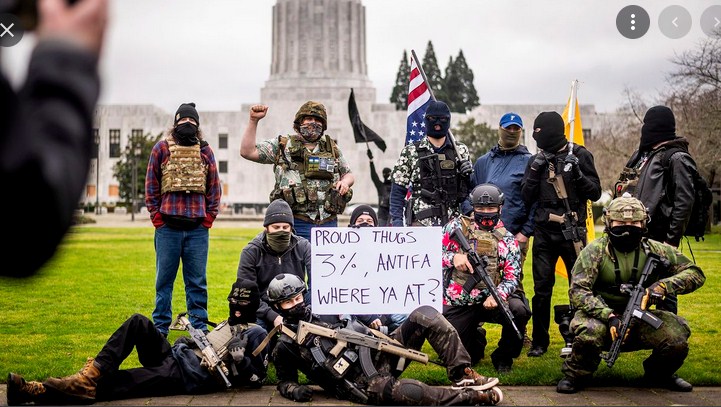 According to a memo dispatched by DHS to federal, state, and local law agencies, the online extremist chatters include a video that listed 93 members of Congress that should be hanged opposite the White House. The video has been shared on other online channels and viewed more than 60,000 times by people who think former President Donald Trump won the 2020 general elections.

Some of the threats even called for President Joe Biden and other prominent Democratic personalities to be assassinated on January 6, 2022, to mark the one-year anniversary of the US Capitol insurgency.

The DHS warned that the threats could spread beyond Washington DC to other parts of the country – prompting the Secret Service, the Capitol Police, the DC Metropolitan Police, and the Federal Protection Service to institute surveillance at government centers across the country. Capitol Police Chief Tom Manger said earlier this week that 9,600 online threats were targeted at lawmakers in 2021 alone.

Homeland Security Secretary Alejandro Mayorkas said his office has disseminated the threat information to local communities so that law enforcement agents can operate on a level playing ground with the same set of facts. Mayorkas said the DHS is aware that disgruntled elements would want to take advantage of the one-year anniversary of the January 6 Capitol invasion to foment trouble and incite rebellion.

“We assess that threat actors will try to exploit the upcoming anniversary of the 6 January 2021 breach of the US Capitol to promote or possibly commit violence,” federal officials revealed.

Security analysts however warn that local extremists could take advantage of the DHS warning to foment trouble to mark the anniversary of the Capitol invasion. They said the warning could inspire lone offenders to commit or promote violence against government targets in a manner that law enforcement cannot comprehend.

Law enforcement said there is no credible plot of specific indications of trouble against legislators yet, but they are not letting down their guards and remain alert to any possible threats throughout the country.

Are People Retiring Later? How Not To Be Part Of The Statistic < Previous
Which is Better: Quartz or Automatic Watch? Next >
Social Connection
Latest News