Home » Headlines » Editorials » Are People Retiring Later? How Not To Be Part Of The Statistic

Are People Retiring Later? How Not To Be Part Of The Statistic

By the end of 2023, the average age of retirement will be 63, highlighting the very real issue that people are retiring later across the globe. In the U.S., millions of Americans continue to work beyond retirement age, either driven by financial need or difficulty adjusting to retirement life. In fact, the number of workers aged 75 and older is expected to rise by 96.5 percent in the coming decade. Across the world, over a million UK workers say they do not plan on retiring at the state age and 1 in 10 say the cost of living is too high to allow it. As the average age of retirement creeps up, it has a domino effect on the physical, mental, and even familial health of workers. So how can you avoid becoming one of the statistics? By being proactive and prepared. Whether it is making yourself familiar with the new IRS requirements on retirement account withdrawals or starting a retirement plan early, it is possible to retire on time. 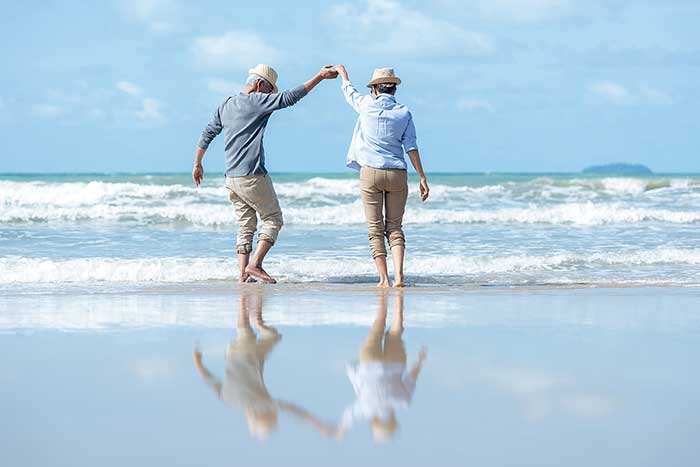 Is It A Choice Or Necessity?

The rise of people working longer and retiring later can be attributed to multiple factors, both financial and non-financial. However, the rising costs of living are the main driver behind the decision to work for longer. The average American is worried they cannot afford to retire and with a record number of seniors in debt and still paying off their mortgages, their fears may become a reality sooner rather than later.

There are also other factors motivating people to retire later. For instance, people are living longer and healthier lives. With a longer life expectancy, many are pushing their retirement date further. Also, the introduction of remote and flexible work policies into the mainstream workplace bodes well for those nearing retirement age as it gives them the flexibility to either switch to part-time or Flexi-work arrangements. So, while a significant percentage of those retiring later is driven by necessity, a minority is choosing to due to their own lifestyle choices. Yet, for the typical employee that wants to enjoy their retirement sooner rather than later, there are things they can do to prepare and ensure it happens.

Plan For Your Retirement Early And Regularly

Know The Financial Signs You Are Not Ready For Retirement

Another issue faced by Americans is that many do not know how to begin planning for retirement, what options are available for retirement finances, or when to spot they are financially ready for retirement. This can lead to many retirees returning to the workforce due to miscalculations. Some signs you are not financially ready for retirement include the lack of a financial plan, high levels of debt, and an unprepared retirement portfolio. If you haven’t maxed out your traditional IRA contribution or maximized your catch-up contributions if you are over 50, you may be missing out on the opportunity for your money to earn interest. If you withdraw early, you also face an early withdrawal penalty.

Leave Room For The Physiological Effect

There is also something to be said about preparing for the emotional and mental changes that retirement can bring. The fear of social isolation and personal identity can be a valid reason behind some workers’ decision to retire later. To avoid that ‘What now?’ moment, ensure you include plans for your time post-retirement when planning for life after retiring. Think about what your ideal retirement life looks like and draft goals towards achieving it. Being prepared emotionally is just as important as financial readiness. Also, those who find themselves bored or lonely are more likely to overspend.

The age you choose to retire is up to you. However, it is also equally driven by your preparation and readiness on all fronts to do so. To give yourself the best chance of retiring earlier and not later in life, start planning early and commit to working towards your retirement goals, financially and otherwise.