The daughter of House Minority Whip Katherine Clark, 23-year-old Riley Dowell, was arrested on Sunday evening for damaging public property and assaulting a police officer. Dowell was part of a group of protestants charged with spray-painting and defacing the Parkman Bandstand Monument in the Boston Common in Boston, Massachusetts. 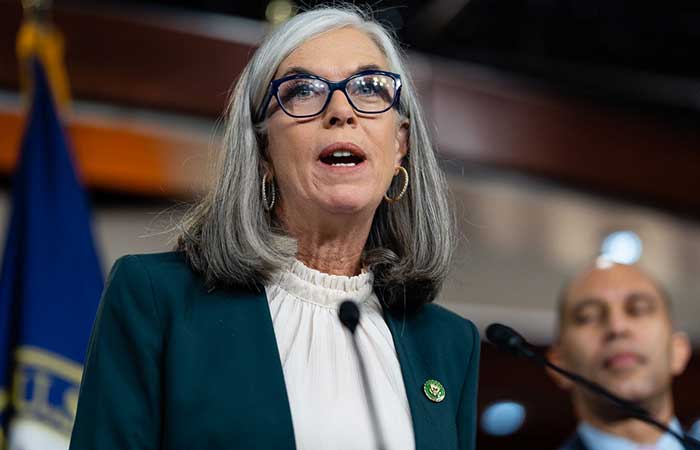 Police officers responded to information that demonstrators were at the Boston Common and on getting to the scene, they found Dowell and other protesters spray-painting “No Cop City” and “ACAB” which stands for “All Cops Are Bastards” on the monument.

The damaging graffiti was obviously in response to the event that occurred earlier last week, where an environmental activist named Manuel Esteban Paez Teran had allegedly shot a Georgia state trooper at a new police training facility in Atlanta before being shot dead by police. Teran was 26 years old and hundreds of people had taken to the streets to protest his death, burning police vehicles and damaging surrounding property, including the glass windows of a Wells Fargo branch.

Police authorities said 20 protesters swarmed on officers when they attempted to arrest Dowell, and that they screamed profanities via megaphones and disrupted vehicular traffic. An officer was said to have been hit in the face with a sharp object, and he bled from his mouth and nose.

Dowell was charged with assault with a dangerous weapon, destruction of personal property, and damage to property by graffiti. She will be likely arraigned at the Boston Municipal Court. Another protester, 27-year-old Andrea Colletti, was also arrested for damaging property with graffiti. Dowell’s mother acknowledged that her daughter was arrested and expressed confidence in the legal system.

“Last night, my daughter was arrested in Boston, Massachusetts,” Clark, 59, tweeted on Sunday. “I love Riley, and this is a very difficult time in the cycle of joy and pain in parenting. This will be evaluated by the legal system, and I am confident in that process.”

Clark was elected whip in December and is the second-highest-ranking Democrat in the House of Representatives. Clark once said that one of her children is non-binary, hence the Boston Police Department referring to Riley Dowell as “Jared Dowell.”

US to Label Russia’s Mercenary Wagner Group as Transnational Criminal Organization < Previous
What Are Behavior-Based Products in Banking? Next >
Social Connection
Latest News