Colorado – Environmental officials from Colorado keep working as toxic waterwaste from a mine spilled into the Animas River in La Plata County. The toxic water has traveled 75 miles south to New Mexico’s border, and has turned the river’s water into a mustard shade of yellow. Gov. John Hickenlooper has issued a disaster declaration after contaminated water spilled into the river and was making its way to Lake Powell in Utah.

About 3 million gallons of wastewater, triple from previous calculations, have poured from Colorado’s Gold King Mine last Wednesday when an inspection team from the E.P.A. was called to the mine (which has been abandoned since 1923) to examine an existing drainage. While workers excavated through loose junk at the site, they breached the wall of a mine tunnel, discharging a flow of an orange-tinged slurry that cascaded into Cement Creek and then into the Animas River. 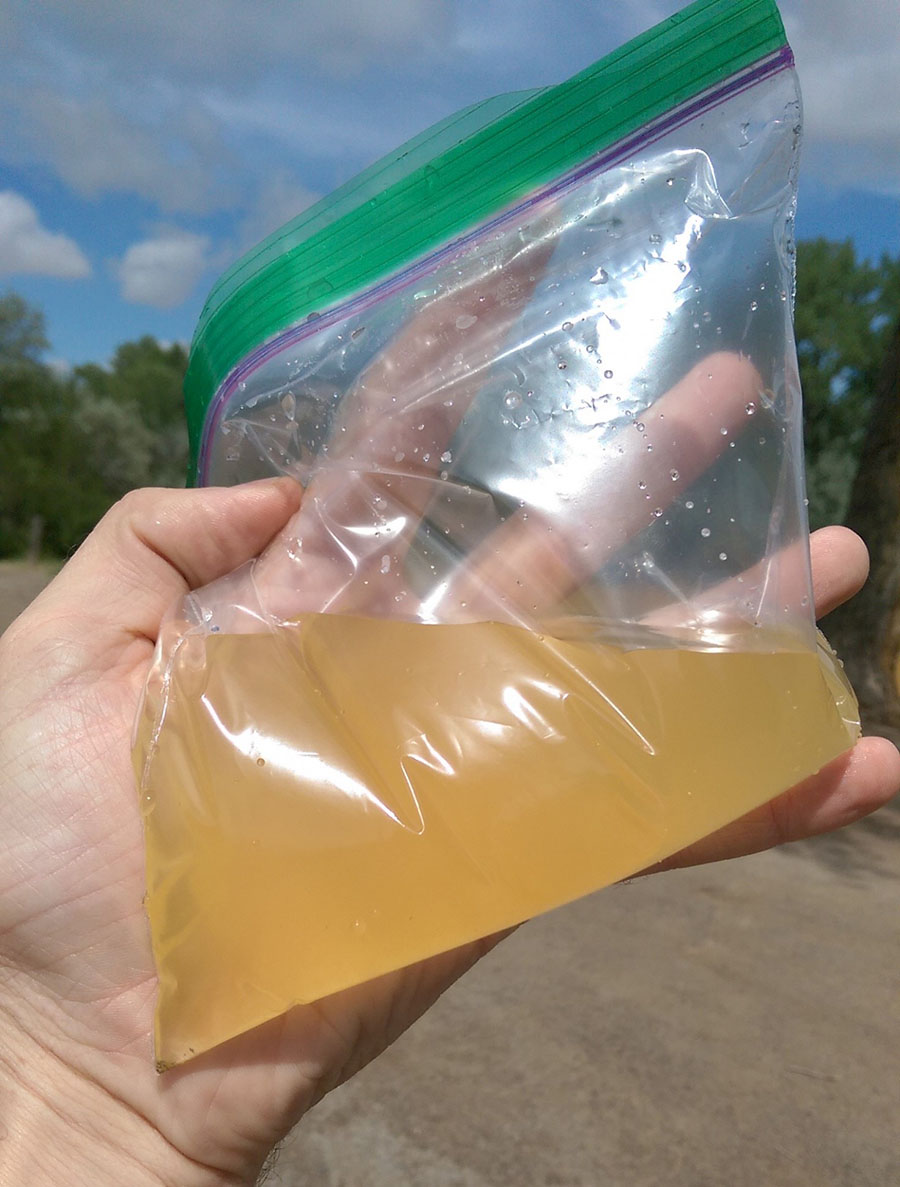 The stream contains high concentrations of heavy metals such as lead, arsenic and mercury. The continuing flow traveled at a rate of 500 gallons per minute on Sunday.

After the incident, farms along the Animas and San Juan river valleys in New Mexico have no water to irrigate their crops. A family farm in Cedar Hill, New Mexico, that serves as many as 3,000 customers in the Four Corners region has been without water. So, businesses have already been afected by the disaster.

Until now, there has not been any evidence of harm to human health, wildlife or livestock, according to EPA. However, concerns among residents that live downstream have raised as they reported water discoloration from their private water supplies. Regarding to this, residents were recommended to avoid drinking or bathing with water coming from near wells. For now, the government will supply water to homes and businesses in need. Of course, everyone is warned about not drinking water directly from the river.

The Animas River is known by its favorable conditions for fishing. It was the first river in Colorado to be awarded “Gold Medal” status in 1997 due to it’s exceptional Brown, Rainbow, and Cutthroat Trout. It is one of the most select fly fishing destinantions in the U.S. Advocacy Groups in Colorado, think this species migh be affected by the tragic spill.

“The fish population is especially very sensitive to water contamination, and we really won’t be able to see what the impacts are until all of the pollution has run its course. Time will tell what the true impacts are,” said Kim Stevens, director of the advocacy group Environment Colorado.

However, EPA toxicologist Deborah McKean said that the sludge moved so quickly that it would not have “caused significant health effects” to animals that consumed the water. Also, Colorado Parks and Wildlife are optimistic that the effects of the spill on terrestrial wildlife will be minimal. CPW officials have been studying the effects of the spill on terrestrial and aquatic wildlife since the spill began

By Friday, the wastewater had traveled about 75 miles into New Mexico, making the towns of Aztec and Farming to shut off their intake from the Animas River.

The toxic flow was also headed towards Utah and Montezuma Creek near the town of Bluff, a tourist destination. Local officials were additionally preparing to shut down two wells that serve Montezuma Creek.

Meanwhile, E.P.A. has been diverting the wastewater flow into two recently built ponds where the waste is treated with chemicals to filter dissolved solids and lower its acidity, before it is returned to Cement Creek.

Water samples have shown that concentrations of heavy metals appear to be considerably cleared once the wastewater passes downstream, according to EPA regional Administrator Shaun McGrath.

E.P.A. officials also said that by Sunday, a “leading edge” of the toxic flow was no longer visible from aerial surveys, indicating that the wastewater is reducing.

Last Friday, Dave Ostrander, E.P.A.’s director of emergency preparedness for Region 8, apologized to the community on behalf of the agency. “We are very sorry for what happened. This is a huge tragedy. It’s hard being on the other side of this. Typically we respond to emergencies, we don’t cause them.” Mr. Ostrander said.