There are two definitions for default rates. The first, Colbeck Capital Management points out, is a vital statistical measure used by both economists and lenders that is defined as the percentage of all outstanding loans that a lender has written off after an extended period of missed payments. This measurement is important to lenders because it helps them determine their exposure to risk, and it is used by economists to evaluate the overall health of the economy. 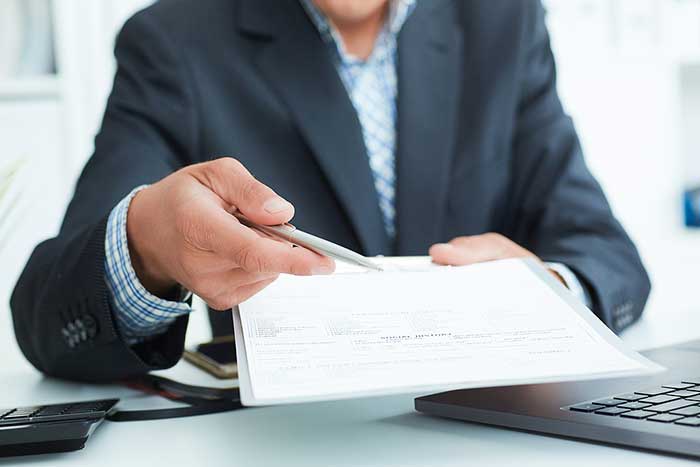 The second, which is especially important to understand in terms of borrowers and commercial lending, define default rates as the higher interest rate that is imposed on a borrower by a lender when the borrower has missed payments on the loan. The lender in this scenario is not defined strictly as a bank but can be imposed by alternative lenders as well, such as those from private parties.

When an investor is interested in purchasing or developing a commercial building, they need capital to complete the transaction. When they use a lender, whether it be a bank or a private entity, they are required to make monthly payments to the said lender in order to repay the loan. The payments will include both the principal (the original amount borrowed) and the interest (the additional fee incurred by borrowing the money).

Colbeck Capital Management states that a commercial loan is used to acquire commercial properties. These include apartment buildings, office buildings, retail buildings, medical facilities, warehouses, and industrial facilities, hotels and resorts, and land development. There are also mixed-use buildings which may be a combination of the above, such as retail on the bottom floor of a building with apartments on top.

There are multiple types of commercial loans. The most common include long-term fixed-interest commercial mortgages, interest-only payment loans, and refinance loans. These are all used when either purchasing a new income-producing property or when refinancing an existing property.

In addition, there are hard money loans, bridge loans, construction loans, and blanket loans. Each of these tends to have higher interest rates but provides opportunities for non-stabilized assets and/or for those who have lower credit and maybe challenged when pursuing a traditional loan from a bank. For example, construction loans are used for ground-up development, while bridge loans may be used to finance an endeavor between construction and completion of the project.

The risks associated with lending

The type of asset that a borrower is acquiring can have a major impact on their ability to repay their debt. For example, construction loans tend to be higher risk because they depend on a variety of factors for the lender to be repaid, including development and tenanting the property. A stabilized center, on the contrary, is less risky because the landlord will immediately acquire an income from the asset via the tenant’s rent (assuming the previous landlord was maintaining a positive balance sheet.)

Understanding when a property goes into default

Default occurs when the borrower misses the original payment to the lender.

When this happens, there is typically a clause included in the contract between the lender and borrower that outlines what the default rate will be when the borrower goes into default. This default rate is generally a higher interest rate that is imposed on the borrower. This rate is often associated with the risk of the investment type – a construction loan will have a higher default rate compared to a stabilized retail center, for example.

The time frame until default varies depending on the loan. For federally funded loans, the default timeframe is 270 days. However, this is not typical of commercial lending. Going into default on commercial lending will depend on state laws and/or predetermined contracts agreed upon between borrowers and lenders.

If borrowing from a traditional institution, going into default will have an impact on your future opportunities. This is because missed payments negatively impact your credit score, which makes it more difficult to get credit approval in the future. However, this is not always the case. In some instances, when borrowers are borrowing from private entities, the processes may be different. In these situations, however, interest and default rates tend to be higher.

The downside of the default rate to the borrower is that they will pay more to the lender for the borrowed money.

Colbeck Capital Management was founded in 2009 by the two Managing Partners, Jason Colodne and Jason Beckman. Colbeck provides strategic loans to companies going through periods of transition when traditional sources of capital are not readily available. The principals have over 75 years of experience managing credit investing businesses and have underwritten over $22B of total loan volume. Colbeck has offices in New York City and Los Angeles.

Jason Beckman co-founded Colbeck in 2009 and is a Managing Partner. The foundational years of his career were spent at Goldman Sachs as the Head of Distressed Product Loan Sourcing, Fixed Income Currencies and Commodities Division at Goldman Sachs. Prior to Colbeck, Mr. Beckman worked at Deutsche Bank in their Distressed Group.

His philanthropic endeavors include support for the arts as a benefactor of The Metropolitan Museum of Art and Art Production Fund and global humanitarian issues through the International Rescue Committee founded by Albert Einstein.

Jason Colodne is a Managing Partner and co-founder of Colbeck Capital Management. Mr. Colodne is the senior transaction partner at Colbeck and oversees all aspects of investment execution and portfolio management.