Home » Headlines » U.S. » Churches Defy Governors to Reopen Churches Because President Trump Told Them to Do So

Several pastors across the United States are gearing up to reopen their churches for in-person services because President Donald Trump said so. These pastors are defying state governors who oppose reopening churches at this time because of the fatal spread of coronavirus, with the pastors saying such governors are “anti-Christ”. 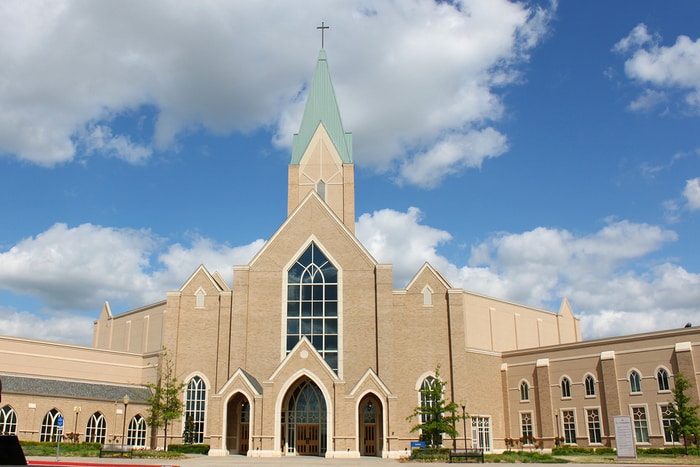 Pastor of the Promise Church in California, Cindy Hope, said Trump’s order that churches be opened for services is like winning a lottery, adding that churches are essential for people’s everyday life. “We get to have church. I know it’s a modified version but, hey, we get to come and worship God and be together and that’s what’s so important right now,” she said.

Pastor Ken Graves of Calvary Chapel in Maine said he will hold services in his church even though he had just constructed a stage for outdoor and drive-in services. He said those governors who oppose reopening churches are leftist and that “the spirit of antiChrist” is ruling them. He noted that the “spirit at work in the White House” may be different from what is controlling divergent state governors. Graves had sued the state governor in the law court unsuccessfully to hold church services.

On May 8, numerous churches in California filed a 128-page lawsuit for an injunction and restraining order against the state government to hold in-person church services. But a federal judge in San Diego squashed the case, and an appeals court later upheld the decision of the judge. One of the pastors in the lawsuit, Pastor Arthur E. Hodges III of the South Bay United Pentecostal Church, and others later filed an emergency application with the US Supreme Court to intervene in the case.

Hodges said he has lost friends to COVID-19 and that his daughter is a nurse treating coronavirus patients. He said he fully understands the health protocols put in place by the Centers for Disease Control and Prevention (CDC) and that his church services would hold under such recommendations.

But then, a few church pastors said they would not resume church services for now despite the order of the president for governors to allow churches to reopen.

“Throughout this entire pandemic, the president has demonstrated that he is not concerned with the science of this virus and its transmission, but we are,” said Joseph Peters-Mathews, the Vicar at St. Hilda St. Patrick Episcopal Church in Edmonds, Washington. “We are more concerned with loving our neighbor than being in a building. Person-to-person contact is very, very important. But we need to be alive so that our first gatherings aren’t funerals.”