Home » Headlines » Editorials » Can I Sue a Police Officer for Harassment?

Can I Sue a Police Officer for Harassment?

Police officers are meant to protect and serve the public, but, unfortunately, many have quite the opposite experience with law enforcement. Innumerable officers have subjected the citizens of the United States to relentless harassment in the form of unwarranted searches, incentivized traffic stops, and unjustified arrests. 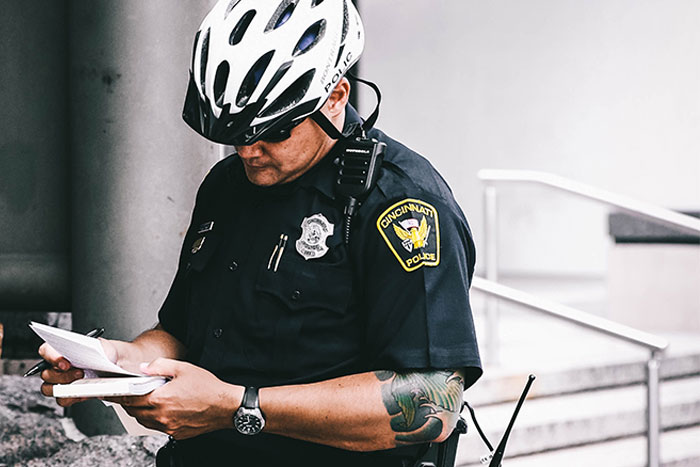 Those who reside in the United States are legally protected against these “unreasonable searches and seizures” by the Fourth Amendment of the U.S. Constitution. So, being targeted and forced to comply with unreasonable police activity is grounds for harassment. If you have been victimized in this way, there are several important grounds for police harassment claims to be aware of as a guide on all you need to know about suing a police officer for your interaction.

It is commonly known that police officers in the United States have immunity against lawsuits, albeit limited. For this reason, it can be quite difficult to successfully sue law enforcement individuals. If they can prove the following was true at the time of the incident, they will maintain their immunity against legal consequences:

Many people misunderstand the reasoning for immunity, especially now that so many officers have abused this legal protection. The limited immunity granted to police officers is given so that they can perform their jobs without the imminent fear of being sued for any given reason.

If they must detain a suspect, for example, the officer can complete this task by using the required means, especially in a case wherein the individual resists arrest. Though this does provide protection for the officer, it poses unique risks to harassed civilians seeking justice for their afflictions.

Although it can be quite challenging to file a lawsuit against a police officer, do not let this deter you. The most important thing for you to keep in mind is that you also have the law on your side, particularly, Section 1983 of the United States Civil Rights Act of 1871. This statute defends you against the violation of your fundamental civil rights as a U.S. citizen.

With this in mind, you may find legal grounds to sue a police officer within the context of this legislation. If the officer is guilty of “police misconduct,” you have the grounds to pursue legal action within the scope of this law. Police misconduct is a broad term that encompasses a wide range of abuses, namely, the use of excessive force, wrongful arrests, and discrimination. If you have been the victim of such treatment, you will be tasked to prove the following in your case:

The Process of Suing a Police Officer

Again, suing a police officer is a challenging effort, but not an impossible one. As you prepare to file a lawsuit against law enforcement, take the steps below:

If you have been the victim of harassment or other types of police misconduct, it is best to have the guidance of a lawyer with you throughout the progression of your case. Although this is not an impossible task, it will be made significantly easier with an experienced lawyer walking you through each step. With their help, you can be sure that the officer will be held accountable for their crimes, and you can once again feel protected by the U.S. legal system.