Big expectations for Pope Francis visit to US

The leader of 1.2 billion Catholics around the world, Pope Francis, is expected to visit the United States for the first time on September 22nd and he has a long list of important meetings to attend.  He will spend around five days visiting only three metropolitan areas: New York, Philadelphia and Washington, D.C.

Pope Francis is embarking on this trip mainly to attend  the Vatican-sponsored World Meeting of Families in Philadelphia, where Father John Coleman, Pastor of St. Andrew Church, will lead a group of 30 parishioners on a journey to see the Pope at a festival and outdoor Mass during September 26 and 27. 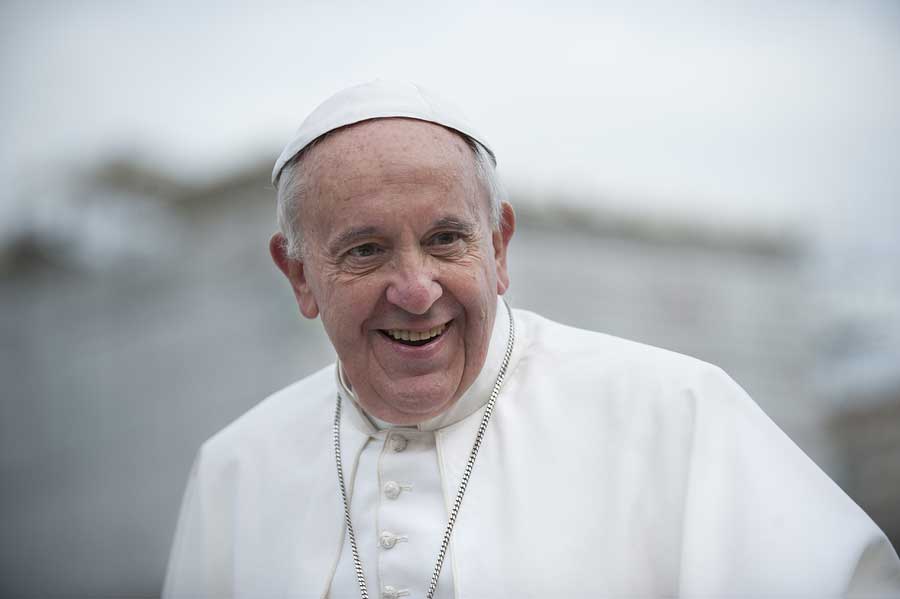 However, the Pope plans to attend  other meetings before this big event. On September 22 he will arrive in Washington D.C. to visit the White House and meet President Obama. On September 23 Pope Francis plans to speak to all of the U.S. bishops at St Matthew’s Cathedral to offer them his view on the pastoral focus that the Church in America needs. He will also address a joint meeting of the U.S. Congress on September 24.

After his Washington’s visit, the Pope will be going to New York to attend the 9/11 memorial and make a speech to world leaders at the United Nations headquarters on September 25, exactly 50 years after Paul VI became the first pope ever to address the international body on Oct. 4, 1965, theFeast of St. Francis of Assisi.

Pope Francis is expected to address important issues related to recent discussions in the United States. With the presidential campaign debates ahead, immigration controversies has been one of the main discussions. Therefore,  Americans expect to hear what the Pope has to say about it.

Francis has already stated that migration was in a long list of problems that must be taken care of jointly by the governments and the society during his Latin American trip in July.

Another issue that he has been asked to consider is the one related to health. Leaders of unions representing nurses and other healthcare workers in 18 countries are requesting to meet Pope Francis during his visit to the U.S. to discuss how to combat the health effects of climate crisis, environmental degradation, and austerity.

The impetus for the request derives from the Pope’s recent encyclical on the climate crisis where he warned “some forms of pollution are part of people’s daily experience. Exposure to atmospheric pollutants produces a broad spectrum of health hazards, especially for the poor, and causes millions of premature deaths. There is also pollution that affects everyone, caused by transport, industrial fumes, substances which contribute to the acidification of soil and water, fertilizers, insecticides, fungicides, herbicides and agrotoxins in general.”

Pope Francis has numerous responsibilities ahead and he keeps on surprising his followers around the world with his agenda. Although he will visit U.S. next September, he decided to make a quick stop in Cuba first to stay there for two and a half days.

One thought on “Big expectations for Pope Francis visit to US”