British Queen Elizabeth II is no longer head of Barbados. The island nation on the easternmost of the West Indies has elected a new head of state which will be sworn in on November 30. Dame Sandra Prunella Mason won the two-thirds votes of the Barbadian House of Assembly and Senate on Wednesday to become the country’s first president, NY Times reports. 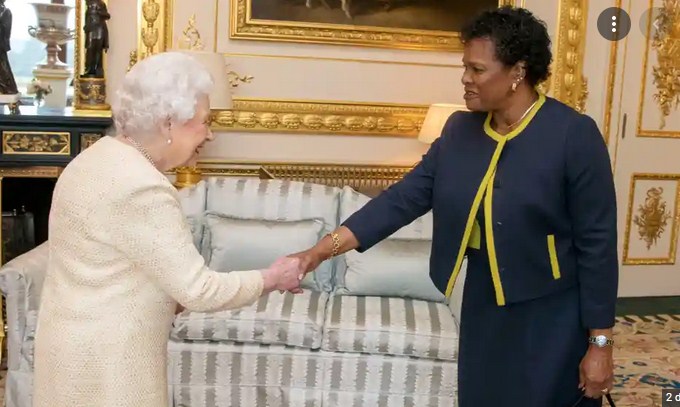 Mason, 72, is the governor-general of Barbados since 2018 – having been put in the position by the British Crown. She is also the first woman to serve on the bench of the Barbados Court of Appeals as a jurist. Born on January 17, 1949, she attended Queen’s College in Barbados and the University of the West Indies.

She attended Hugh Wooding Law School in Trinidad and Tobago and was the first woman from Barbados to graduate from the law school. She later served as ambassador to Venezuela, Chile, Columbia, and Brazil in the 1990s.

“We believe that the time has come for us to claim our full destiny,” PM Mia Mottley stated. “It is a woman of the soil to whom this honor is being given. Barbados shall move forward on the first of December as the newest republic in the global community of nations. We look forward, therefore, to December 1, 2021. But we do so confidently that we have just elected from among us a woman who is uniquely and passionately Barbadian.”

The former British colony and a popular tourist destination had announced in September that they would no longer recognize Queen Elizabeth as its monarch. Mason had stated then that it was high time Barbados became fully independent without bowing to British imperialism. “The time has come to fully leave our colonial past behind,” she said. “Barbadians want a Barbadian head of state.”

Mottley however stated that her country will continue to explore beneficial relationships with Britain and the British monarch.