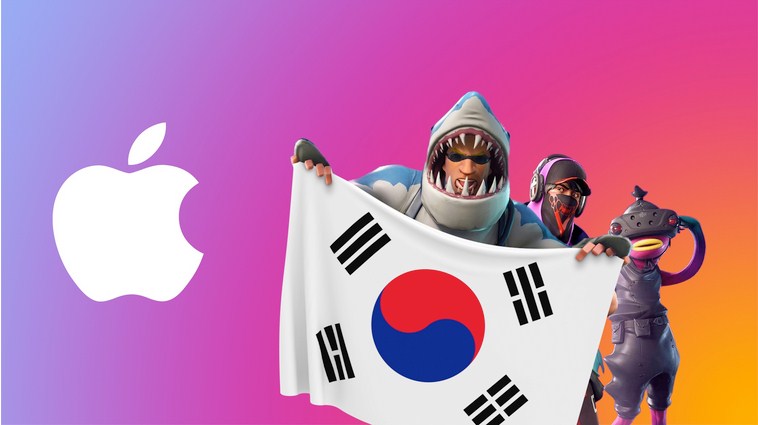 Epic Games has requested that Apple allow it back to the App Store in South Korea, but Apple has refused. Apple said Epic will never be allowed to return to App Store unless it complies with regulations to which all other developers on the store adhere. Epic Games made the request after South Korean legislators passed the Telecommunications Business Act which prohibited both Apple and Google from strictly requiring in-app purchases.

According to the new South Korea regulation, Apple and Google must allow customers to make third-party payments to make purchases on the App Store. So “in compliance with the new Korean law,” Epic is requesting reinstatement on the South Korean app store in order to release their games. Epic plans to feature Epic payment and Apple payment options so that customers can choose which one to use.

Apple suspended Epic Game’s developer account last year when Epic released a new Fortnite version that bypassed Apple’s in-app payment system that would enable Apple to get 30% off any games purchase. Since the video games became unavailable and Epic filed a lawsuit against Apple, the tech company then went ahead to terminate Epic’s account. The situation later progressed to a trial, but a judge is yet to rule on the case till now.

Apple however stated that they will not reinstate Epic’s account on App Store even if a judge rules in the gaming company’s favor – until Epic plays by the book.

“As we’ve said all along, we would welcome Epic’s return to the App Store if they agree to play by the same rules as everyone else,” Apple stated. “Epic has admitted to breaching of contract and as of now, there’s no legitimate basis for the reinstatement of their developer account.”

Apple argued that fully complying with the new South Korean law would be dangerous to customers and businesses. The tech company said it will facilitate purchase fraud, undermine user privacy, and compromise parental controls.

“The Telecommunications Business Act will put users who purchase digital goods from other sources at risk of fraud, undermine their privacy protections, make it difficult to manage their purchases, and features like “Ask to Buy” and Parental Controls will become less effective,” Apple said. “We believe user trust in App Store purchases will decrease as a result of this legislation – leading to fewer opportunities for the over 482,000 registered developers in Korea who have earned more than KRW8.55 trillion to date with Apple.”

SwissAllianceFX Review: Enjoy the Success of Commodity Trading < Previous
Animals Are Shape-Shifting to Adapt to Warmer Temperatures and Climate Change Next >