A yet-to-be-named lottery player in Maine won the Mega Millions jackpot top prize of $1.35 billion on Friday. The player won the Friday draws with the numbers 30, 43, 45, 46, 61, and gold Mega Ball 14, announced the Ohio lottery director and lead director of the Mega Millions Consortium, Pat McDonald. 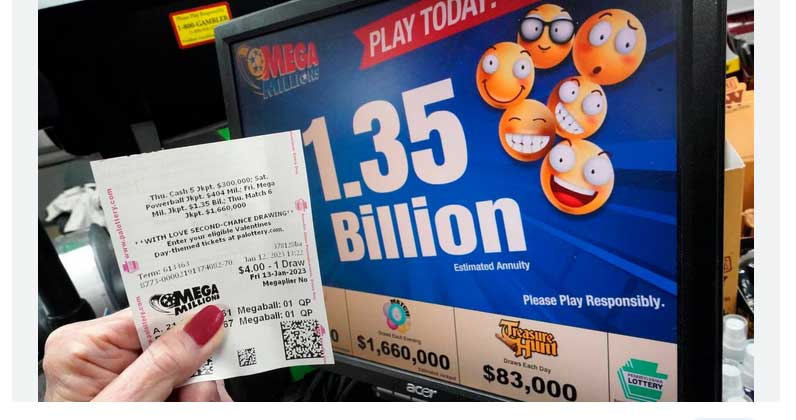 The winning ticket was sold at Hometown Gas & Grill in Lebanon, Maine, owned by Fred Cotreau who also played the games but didn’t win. Lebanon borders New Hampshire and is home to more than 6,500 people in the south of Maine. Although Cotreau did not win the lottery, he expressed joy that one of his customers or a resident of the town won it this time around.

“There’s quite a buzz at our small-town gas station this morning, I’ll tell you that,” Cotreau said. “Hopefully one of the residents and one of the regular customers is the winner. It’s exciting to have sold it, but it’s just more exciting for a single winner, and I’m just really hoping it’s somebody here in town.”

Game experts said the Maine winner beat the odds of 1 in 302.6 million over a three-month period drawing period to emerge the winner. The $1.35 billion winning is the second-largest in the history of Mega Millions and is the fourth time anyone would win above one billion dollars. The highest prize of $1.53 billion was won in South Carolina in October 2018.

Interestingly, Friday’s winning was the 7th time a grand prize winner will emerge on Friday the 13th. The $1.35 billion winning will be spread over 29 years and paid out to the winner every year, but the winner also has the option of receiving a reduced sum of $724.6 as a lump payment. Most winners prefer to receive a reduced lump sum instead of receiving the full amount over several years.

The next major drawing is set for Tuesday when about $20 million is up for grabs; the lucky winner may opt for a lump cash sum of $10.7 million or get paid the $20 million over several years. Before the Maine winner emerged, the jackpot had been drawn 25 times without any winner. On October 14, two winners from California and Florida jointly won $502 million in the Mega Million lotteries.