Home » Headlines » Science » After 35 Years in Captivity, World’s Loneliest Elephant Is to Be Released into the Wild

After 35 Years in Captivity, World’s Loneliest Elephant Is to Be Released into the Wild

After over 35 years in a Pakistani zoo, Kaavan, the “world’s loneliest elephant” is to be released into the wild – possibly in Cambodia. Given that the Marghazar zoo has been in a dismal condition for many years, and the elephant lost his mate since 2012, hundreds of celebrities around the world have joined animal rights activists to campaign for Kaavan to be set free. 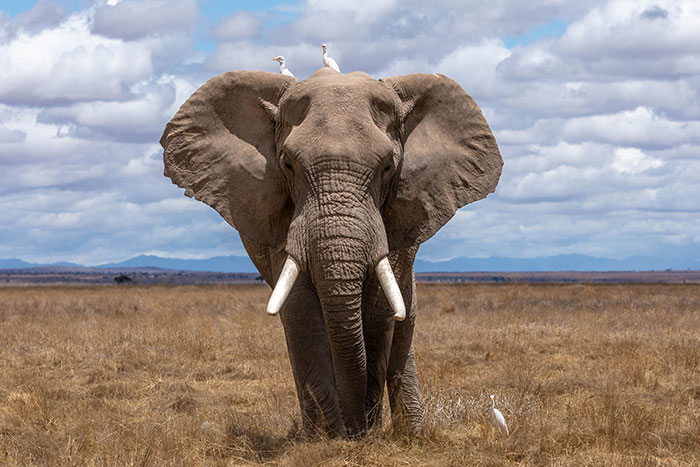 The Pakistan high court in May ordered the Marghazar zoo to be shut down so that it can be rehabilitated in due course, necessitating the need for the authorities to approve the transfer of Kaavan from captivity into the wild where it could live a better life under natural conditions. The Four Paws organization had been caring for Kaavan, and they reported that veterinary doctors examined him on Friday to determine the true state of his health.

According to Martin Bauer, medical experts found that the elephant was overweight but appeared malnourished. Its nails were long and cracked, and it showed signs of stress and depression for having lived in solitary confinement for so long. The Islamabad wildlife management board which approved the transfer of Kaavan agreed that he is still strong enough to relocate to an animal sanctuary where he is expected to recover fully.

“Following the checks, which confirmed Kaavan is strong enough, steps will now be taken to finalize his relocation to an animal sanctuary potentially in Cambodia,” Bauer said. “He also developed stereotypical behavior, which means he shakes his head back and forth for hours. This is mainly because he is simply bored.”

With the medical clearance to travel, it is not known when Kaavan will be moved from the Pakistani zoo to start a new life in Cambodia. But it is expected to be any time from now. Two lions would also have been moved from the zoo but they lost their lives during a transfer attempt after handlers put fire to their enclosure to force them out into waiting for transfer crates.

Since 2016, animal rights activists and celebrities such as Cher among others have dubbed Kaavan the “world’s loneliest elephant” in the bid to secure its release into the wild or an animal sanctuary. Relief will be becoming the way of the elephant shortly when he is cleared to travel to a better life abroad.

FDA Rejects Oleandrin as a Dietary Supplement or Therapeutic Drug for COVID-19 < Previous
Leather Couches or Non-leather Couches? Next >