Home » Headlines » Health » 5 Things You Can Do to Prevent Cancer

5 Things You Can Do to Prevent Cancer

According to a survey conducted by the Mayo Clinic in 2016, the majority of Americans think that cancer is the “country’s most significant health care challenge.” 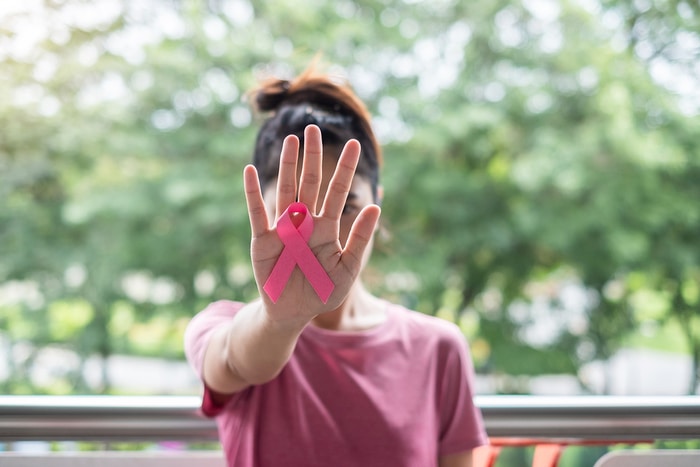 It can be speculated that, when it comes to disease, cancer is probably America’s biggest fear. Most of us have either been directly affected by this awful disease and/or know someone who has been. After all, we watch television shows and movies where a cancer diagnosis acts as the enthralling dramatic plotline. We hear the real-life horrifying stories of people going through it. There’s no doubt it’s become a very real and terrifying presence in our society.

This isn’t too surprising. According to the Center for Disease Control and Prevention (CDC), a whopping 1,658,716 cases of cancer were reported in 2016 (598,031 of whom died). These numbers have estimated that currently every one in four deaths in the United States are caused by some form of cancer, making cancer the second leading cause of death after heart disease.

The question becomes: Is there anything we can do to bring these numbers down? Here are five ways to be proactive about your health.

One of the biggest (and most effective) ways you can prevent illness is by taking advantage of preventive health care services. Going to your annual wellness exams, women’s wellness exams (to prevent breast cancer and cervical cancer), and following your doctor’s recommendations for cancer-prevention screenings (like a colonoscopy, for example) are the best ways to prevent cancer (and to catch it in time to treat it).

According to a paper published in 2009 by the CDC, there was a decline in deaths of patients with breast cancer (down two percent between 1998 and 2005) and colorectal cancer (down four percent per year between 1995 and 2005) thanks preventative measures such as “cancer prevention strategies, early detection interventions, and cancer treatments.”

Oftentimes, people don’t even consider seeing an eye doctor unless something is wrong. However, the importance of an eye exam goes beyond whether you can read the “E” on the eye chart. For starters, you may not notice a problem right away (which has the potential to make a curable problem worse). Secondly, getting annual eye exams is really the only way to prevent eye cancer.

According to an article published by Yale Medicine, while eye cancer is rare, it does happen and it can happen at any age. Plus, according to Dr. Renelle Lim (an ocular oncologist), “many types of eye cancer may be asymptomatic” meaning that eye cancer often presents with no symptoms. Dr. Lim recommends that people get an annual dilated eye exam with an ophthalmologist to detect this type of cancer before it gets out of hand. Especially considering that most eye cancer is very treatable when caught early.

Most of us hate going to the dentist. Some of us hate it so much that we avoid it until the pain of an untreated cavity becomes too much to bear. However, good oral hygiene and regular trips to the dentist is not only good for an aesthetically appealing mouth, but there is evidence to suggest that it could help prevent cancer.

A study conducted in 2013 found a connection between “compromised oral health” and the development of cancer. Seeming to indicate that not seeing the dentist regularly can be a potential risk factor for cancer. Therefore, to prevent cancer, it’s best to check with a specialist like the ones at mynulifedental.com to get comprehensive dental care.

According to the CDC, the reason for many chronic conditions is related to inadequate nutrition, not enough physical activity, tobacco use, and too much alcohol. They note how an increase in physical activity, increased consumption of fruits and vegetables, quitting all tobacco consumption, and avoiding binge drinking can reduce the risk of developing certain cancers.

Let’s be honest – we often don’t consider little things that we think of as mere living to be increasing our risk of cancer. Yet, simple behaviors like sun exposure and too many sexual partners can put us at risk.

According to the Mayo Clinic, skin cancer is the most common (and the most preventable) type of cancer. By simply avoiding the sun, avoiding tanning beds and sun lamps, and wearing plenty of sunscreen we can prevent skin cancer. The Mayo Clinic also notes that the more sexual partners we have, the more we are at risk for developing HPV, HIV, or AIDS all of which put us at higher risk for developing anus, liver, and lung cancer.