Woman tells boss she’s taking time off for her mental health, and his response went viral

A woman’s email exchange with her boss is becoming viral. Madalyn Parker, a Michigan-based web developer and engineer at Olark Live Chat, sent her colleagues an email saying that she needed to take a couple of days off to focus on her mental health, and her boss’ response was praised around the country.

Parker once wrote a blog post on Medium in which she discussed living with anxiety, depression, and suicidal thoughts. She mainly addressed overcoming mental health problems at work, as she noted struggling with her workload whenever she was feeling depressed or anxious.

In that 2015 post, she said that her anxiety had caused her to talk to her bosses, who started working with her and even revised their leave policies to include emotional and mental health.

In that light, Parker recently addressed her boss and colleagues and noted she needed to take two days off.

“Hey team, I’m taking today and tomorrow off to focus on my mental health,” she wrote in an email. “Hopefully I’ll be back next week refreshed and back to 100%. Thanks, Madalyn.”

However, what’s striking people who read the story was not Parker’s remark, but rather what her boss and CEO of the company, Ben Congleton, replied.

“Hey Madalyn, I just wanted to personally thank you for sending emails like this. Every time you do, I use it as a reminder of the importance of using sick days for mental health – I can’t believe this is not standard practice at all organizations,” he wrote. “You are an example to us all, and help cut through the stigma so we can all bring our whole selves to work.”

Parker asked her boss if she could share the exchange on Twitter, and he said yes. And quickly after she posted it, it became viral. As of Tuesday afternoon, the tweet earned more than 35,000 likes and 11,400 retweets.

The tweet received mixed responses, although mainly shock for Congleton’s supportive answer. One person wrote that since vacations are for mental health too, there’s no real difference between sick leave and vacation leave. She explained that having them separate helps her reason about them. She recalled taking a month off due to partial hospitalization, and that was sick leave. She felt like she could still use her vacation time because she wasn’t really at vacations on that sick leave.

Congleton received high praises for his response and decided to write a blog post on Medium, to discuss mental health. He titled it “It’s 2017 and Mental Health is still an issue in the workplace.” He wrote being impressed with some of the responses Parker’s tweet received, in which people shared their own experiences about dealing with depression in the workplace.

A woman even wrote that her boss said he was going to fire her because her depression was “inconvenient.” Congleton wrote that as executives, their job is to empower and motivate their teams to maximize the impact of their organizations. However, that isn’t the case for a lot of workplaces, who still stigmatize depression, anxiety, and mental health overall. 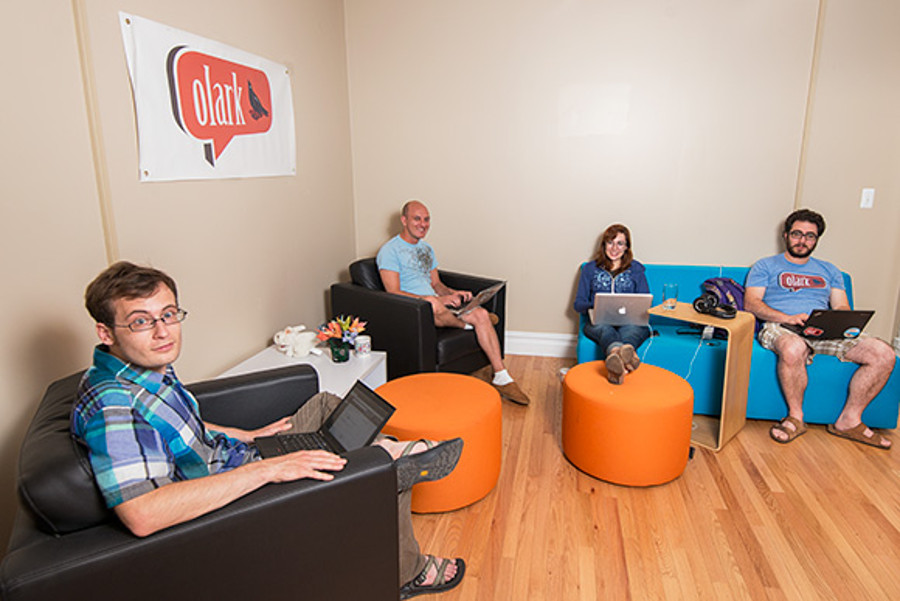 He closed his post that we are in a knowledge economy, and our jobs require us to execute at peak mental performance. He cited a simple example:

“When an athlete is injured they sit on the bench and recover. Let’s get rid of the idea that somehow the brain is different.”

Depression affects more than 1 out of 20 Americans

The Centers for Disease Control and Prevention (CDC) describe depression as a serious medical illness, which affects more than 1 out of 20 Americans 12 years and older. According to the CDC, the disease is characterized by feelings of sadness, hopelessness, and depressed mood.

The CDC estimates that a greater percentage of females report depression more than man and that nearly 10 percent of adults aged between 40 and 59 years have reported current depression.

If you suffer from depression, you should seek immediate help and guidance, says the CDC. When depression is left untreated, it can increase the risk for mortality from suicide, heart disease, or other medical causes. The disease is also associated with lower workplace productivity, and it’s linked with higher risk for other conditions such as anxiety disorders, substance use disorders, eating disorders, or smoking.