Home » Headlines » Technology » What Is A Quantum Computer?

What Is A Quantum Computer?

Computers have changed our lives. While the basic architecture of computers hasn’t changed significantly since the middle of the 20th century, their capabilities have increased by orders of magnitude. However, there is a fundamentally new type of computer on the horizon: quantum computers. Here are some facts about how quantum computers work and what role they’ll place in the decades to come. 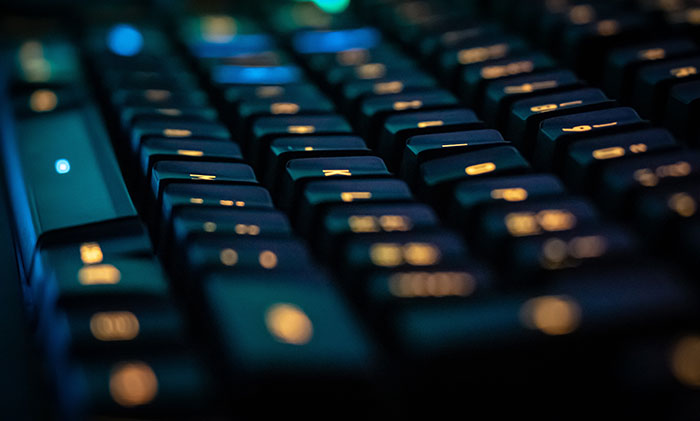 Traditional computers use binary digits, orbits, for their calculations. Using various storage techniques, they hold numbers and other values as a collection of 1s and 0s, which enables them to manipulate data through the central processing unit. Quantum computers, on the other hand, are based on so-called qubits, which represent quantum states where the value can be both 1 and 0 at the same time. The quantum mechanics concept of superposition, where a single proton, electron or full atom is in multiple positions simultaneously, is at the heart of quantum computing. Again, this concept is counterintuitive, but the science and theory behind superposition is sound and has proven to be a real effect.

Another quantum mechanics effect at the core of a quantum computer is entanglement. When two particles are entangled, changing the state of one particle affects the other, no matter where it’s located. Einstein famously protested against this idea, but even he came to accept it as a real phenomenon. The effect on quantum computing is profound. In traditional computing, adding an extra bit increases its potential space by a factor of two. With quantum computing, on the other hand, each added qubit produces an exponential increase in power. Scaling up quantum computing leads to tremendous gains in performance.

The concepts of superposition and entanglement provide the foundation for quantum computing. In short, once the problem is presented, the qubits collapse either a 1 or a 0, and this result can then be readout. While this technology can be used for a broad range of problems, it has the potential to make particular types of problems far faster to compute. Some problems that would take all of the traditional computing power in the world tens of thousands of years or even longer to compute might only take seconds with quantum computing power. As a result, governments and large tech companies are investing heavily in quantum computers as the first to achieve results stands to gain significantly.

Of concern for computing, experts are the ability of quantum computers to render some forms of computer encryption effectively useless. Many encryption systems rely on calculations that are simply infeasible for even the world’s most powerful computers. Factoring especially large prime numbers, for example, is effectively impossible with classical computing technology. Quantum computers, on the other hand, could break some of these codes within seconds or even shorter, making it easy for governments or companies to crack data previously thought to be uncrackable. It should be noted that other types of encryption used today are no easier to crack for quantum computers. For those interested in security, however, it’s worth considering which algorithms will become crackable when quantum computers come online.

Even though quantum computing might render some security tools useless, it can also open up a host of new security techniques. By using quantum effects to encrypt data, it may be effectively impossible for classic computers used in the future to break codes on any reasonable timetable. Furthermore, quantum mathematics has yielded potential computer encryption technologies that will be difficult for other quantum computers to break. For the most critical data, quantum computers might be the answer to durable security.

Simulations are at the core of modern technological developments. This field is another case where quantum computers stand to provide tremendous benefits. Thanks to quantum computing, researchers are able to explore problems on a molecular level, which can be prohibitively difficult on traditional computers. Being able to analyze components of a battery, for example, can lead to significant improvements in efficiency and better designs. Even seemingly simple problems, such as analyzing public transportation routes, can be aided by quantum computing principles, helping governments improve service and reduce congestion.

Despite the advantages of quantum computers, even the most optimistic experts believe they might never replace more traditional computer technology. Storing qubits is notoriously difficult, and the cost of running these systems is quite high. Furthermore, the computers we use on a daily basis are typically more than enough for our needs. Although the effects of quantum computing will be significant, it’s better to view it as a complementary technology rather than a replacement technology.

Although we may be unlikely to rely on quantum computers for our desktops, there is one field where the technology might have an impact on our lives: searching. Various algorithms, including Grover’s algorithm from 1996, promise to make searching for certain types of information far faster than traditional techniques seem able to offer. Because searching and retrieving data is such a critical component of computing, these algorithms might make a host of computer problems far more efficient than they are today. Since searching is frequently done on remote servers, it’s possible that these advantages will make online computing faster in the foreseeable future.

Quantum computing is difficult to comprehend, even for people working in the field. However, the science it’s based on is sound, and there have been compelling demonstrations produced over the years showing that the field has tremendous potential. Although we’re unlikely to see quantum computers in the home, don’t be surprised if quantum computing has an effect on your life at some point in the future.

You Should Invest In The Best Signage For Your Business < Previous
What Are 4 Ways to Vet a Private Cloud Provider? Next >