President Trump’s political appointees have been found to meddle with the CDC’s Morbidity and Mortality Weekly Reports in a manner that is aimed at promoting the health opinions of the president. A former Trump campaign official, Michael Caputo, has consistently sought to review the CDC’s reports before they are published and in some cases insisted that certain inputs be made to reflect the president’s views and efforts on the coronavirus pandemic. 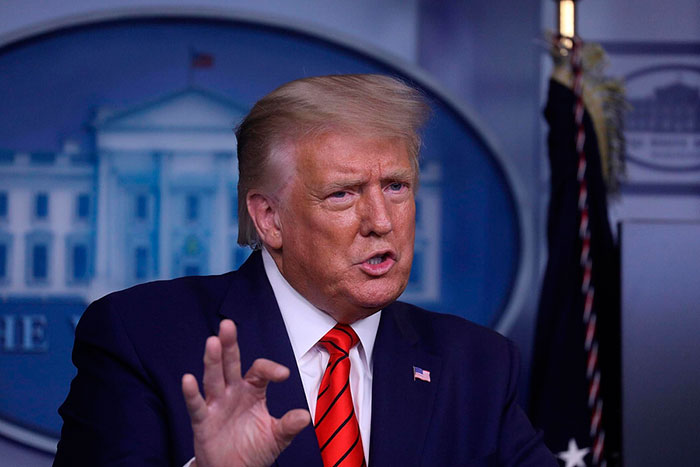 Appointed as the spokesman for the Department of Health in April, Caputo went on to hire Paul Alexander, an assistant professor of health research at McMaster University in Toronto, as a scientific adviser. The communications aides to the president have consistently stated that they must vet weekly scientific reports of the CDC to make them align with the president’s outlooks and policies.

To this extent, CDC officials including Director Robert Redfield have been flabbergasted with the political interferences and strongly felt that Caputo and his team are out to undermine the integrity of CDC reports and intimidate the scientists who author them. However, inside sources reveal that while Redfield had forced himself to comply with most of Caputo’s requests and wishes, he kicks back at very sweeping changes that make nonsense of the health agency.

“The reports must be read by someone outside of CDC like myself, and we cannot allow the reporting to go on as it has been, for it is outrageous. It’s lunacy,” Alexander emailed Redfield and other CDC officials. “Nothing to go out unless I read and agree with the findings how they CDC, wrote it and I tweak it to ensure it is fair and balanced and ‘complete.'”

While the CDC’s MMWP is written by professional scientists, the reports are used to disseminate scientific information to medical doctors, health researchers, and members of the general public on COVID-19 issues and other health situations. But with the political interference of Trump’s communications aides, Caputo often insists that certain wordings be used in the reports and often changes the language in the reports to suit the statements and activities of the president.

Through several emails written to CDC Director Redfield, Caputo’s team ensured that they censor the health agency’s reports for political correctness. In a certain situation where the CDC published a coronavirus report, Caputo’s Alexander blamed the CDC for inflating COVID-19 risks and insisted that the published report be amended with caveats that state that sickened Americans were infected because of personal risky behavior.

“CDC to me appears to be writing hit pieces on the administration,” Alexander wrote to Redfield. “So I request that CDC go back to that report and insert this else Michael, pull it down and stop all reports immediately. This hurts any president or administration. This is designed to hurt this president for their reasons which I am not interested in. I am interested in this or any president being served fairly…very misleading by CDC and shame on them. Their aim is clear.”

As can be expected, Caputo often defends the actions of Alexander and does not care how it impacts the integrity of the CDC, its senior officials, and the career scientists authoring its reports.

“Dr. Alexander advises me on pandemic policy and he has been encouraged to share his opinions with other scientists,” Caputo said. “Our intention is to make sure that evidence, science-based data drives policy through this pandemic—not ulterior deep state motives in the bowels of CDC.”