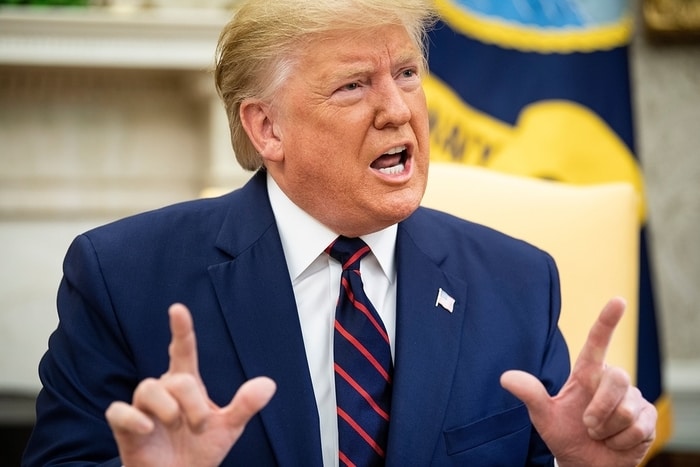 Trump empowered the Department of Homeland Security and the Federal Emergency Management Agency under the 1950 Defense Production Act to stop 3M from exporting N95 face masks also known as respirators to other countries, except maybe Italy and Spain where the death toll from COVID-19 has been exceptionally high.

Trump wants 3M to manufacture only for the US market given that healthcare workers have been complaining of a shortage of N95 face masks and other protective gear in their fight against coronavirus. The N95 face mask is deemed more effective at preventing the spread of COVID-19 than regular surgical masks.

But 3M fired back by saying they have been manufacturing sufficient face masks for the US market long before the first cases of the pandemic were reported in the country. The company added that with collaboration with the Trump administration – they shipped 10 million N95 masks made in China back to the United States for the local market.

3M further stated that being stopped from sending masks to other countries would create “significant humanitarian implications” to the health sectors in Canada and Latin America where the company is a “critical supplier of respirators.” 3M also said that the move might prompt other countries to take retaliatory actions against the US as some have already begun to do.

Canadian PM Trudeau said, stopping the supplies of essential medical kits to Canada would be a huge mistake since his country also delivers essential items to the US market for the use of healthcare workers.

“These are things that Americans rely on and it would be a mistake to create blockages or reduce the amount of back-and-forth trade of essential goods and services, including medical goods, across our border,” Trudeau said.

White House sources said the trouble between President Trump and Minnesota-based 3M started in March when Vice President Mike Pence visited the company’s factory. 3M reportedly told the VP that they had 35 million N95 masks for use within the country but the president’s son-in-law, Jared Kushner, later learned that not all the promised masks were made available to the healthcare sector in the country, prompting further questions as to the whereabouts of the other masks.

But 3M defended that the entire 35 million masks were distributed in the US since the company increased production from 22 million in January to 35 in March. Just last week, Trump also invoked the 1950 Defense Production Act to force General Motors to manufacture ventilators for the use of COVID-19 patients after the president said the auto-maker is not working fast enough on making ventilators available for the US market.