In 2017, the United States had approximately 800 military bases outside the United States and Washington D.C., according to David Vine, professor of anthropology at American University. It’s not surprising then that US troops overseas have committed numerous crimes against the citizens and civilians in the areas where they are stationed.

Here are the top ten crimes perpetrated by the US armed forces in foreign lands, and how the US government handled them:

In April 2010, a secret video showed an air strike done by one of two Apache helicopters manned by US forces. They are shooting on unarmed civilians on the ground, killing about 12 people, including two employees of Reuters news agency. This incident occurred in July 2007. Wikileaks released the documents to the Guardian, the New York Times, and Der Spiegel. 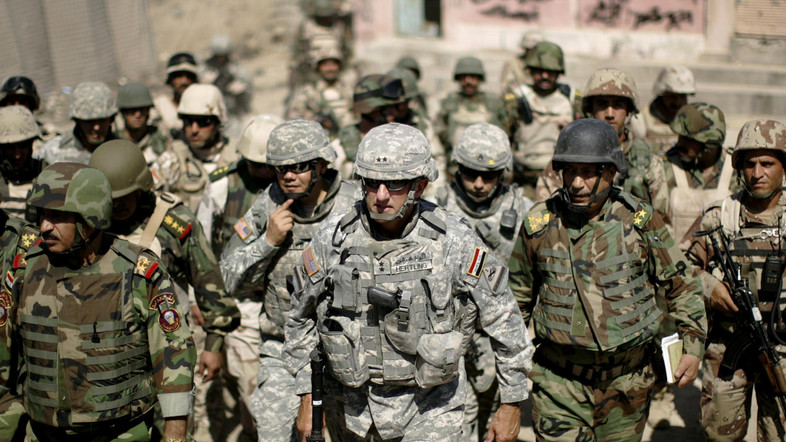 The Haditha massacre refers to the November 20, 2005 execution of 24 unarmed Iraqi civilians, elderly men and women, and children by US Marines in the city of Haditha in Iraq. A day before, a Marine lance corporal was killed when an IED (improvised explosive device) placed along their route exploded.

In retaliation, eight US Marines went house to house, threw grenades and shot the occupants at close range, including seven children. A medical report showed the victims were shot in the head and chest. A taxi was flagged down, and the five passengers also shot.

At the start of the Korean War, in July 1950, the US Army’s 7th cavalry regiment opened fire on a group of unarmed South Korean civilians, including women and children, killing about 300 people. These refugees were hiding under a bridge at the village of No Gun Ri, a village in the southeast of South Korea. The incident was intentionally hidden for half a century, as the US government is wont to do if it sullies their image. But an Associated Press story in 1999, gathered from survivors and army veterans, confirmed the massacre.

In 2014, another group of South Korean comfort women emerged. They claimed that, from 1954 up to the ‘70s and ‘80s, the Korean government encouraged them into prostitution for the US military stationed in the numerous bases. Aside from sex, they were also abused and assaulted. There was no ongoing war but South Korea wanted to keep the US troops happy so they wouldn’t leave and the dollars would keep coming in. These camp town women, as they are called, sued their government for compensation and won.

On March 16, 1968, US Army soldiers entered My Lai, a small village in South Vietnam. They were searching for Viet Cong guerillas but found instead more than 500 men, women, children, and infants. In spite of that, they tortured the villagers, raped the women, and dragged everyone alive into a ditch where they were gunned down mercilessly. The entire village was burned down. The My Lai and No Gun Ri massacres are the largest of killings civilians by US troops.

In a March 4, 2007 attack, a suicide bomber drove into a US military convoy in Jalalabad in the eastern part of Afghanistan, slightly injuring one Marine. The Marines fled the area and between 6 – 16 miles were firing indiscriminately at vehicles and civilians, killing 19 and wounding 50, including old people, women and children. Two Associated Press photographers had their cameras confiscated. The New York Times reported the reaction as “excessive force,” but the Marines involved were cleared.

Also known as the Kandahar massacre, US Army staff sergeant Robert Bales left Camp Belamby and went to the Panjyawi district in Kandahar, Afghanistan. He went to nearby Alkozai where he killed four people and wounded six others. He returned to base and left again, this time to Najiban, where he killed 12 more people, including nine children and seven adults. Eleven of the dead were shot in the head, and the bodies of one family were set on fire. Bales confessed to the massacre and was sentenced to life in prison without parole.

Fourteen-year-old Abeer had caught the eye of US Army soldiers stationed in Iraq. The family lived near the US traffic checkpoint. On March 12, 2006, four drunk soldiers went Abeer’s house in Yusufiyah, an isolated village southwest of Baghdad, shot her father, mother and baby sister in the head, while raping her then setting her body on fire. Two of Abeer’s brothers were in school and were spared. Of the four soldiers, the leader, Steve Green, was sentenced to life imprisonment while his three companions were sentenced to 90 years in prison each.

Thanh Phong is a small peasant village in Vietnam. On February 25, 1969, Lt. Bob Kerrey and his SEALs rounded up 21 civilians, one man and the rest were women and children, and shot them pointblank at close range. Kerrey went on to become governor of Nebraska and US senator. He was also awarded the Congressional Medal of Honor.

A World War ll incident, the Biscari massacre in Sicily was perpetrated by the US Army on July 14, 1943. Seventy-three Axis prisoners of war (POWs,) 71 Italians and 2 Germans, were shot at close range in two separate incidents. In the first incident, a lone army sergeant killed 37 men. In the second, a firing squad gunned down 36 men. The men responsible for the mass slaughter were charged and eventually acquitted.