There are a nearly unlimited number of strains of cannabis, and there is an equal number of ways that you can consume and ingest it too in order to get its effects.

If your use or knowledge of marijuana is admittedly rather limited, it would be wise for you to know about what some of the biggest marijuana consumption methods are before you head down to the San Diego dispensary. 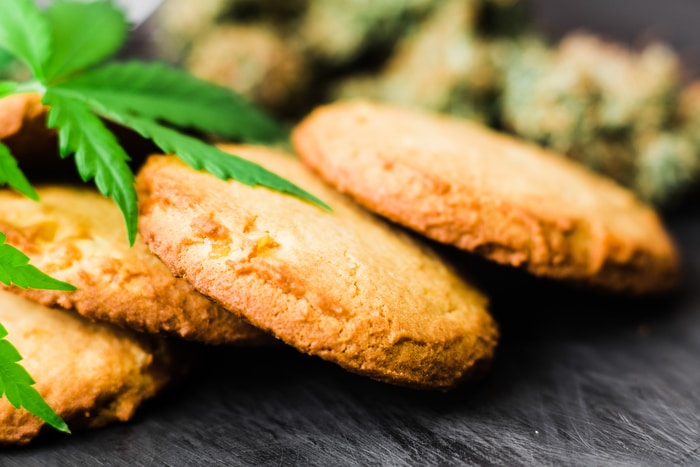 Here are the top methods of marijuana consumption you can use in San Diego, presented in alphabetical order:

Dabbing is a rather new form of cannabis ingestion, and it’s only suitable for users who are particularly high tolerance.

Dabbing refers to heating a small amount of marijuana concentrate, which is referred to as a dab, with a blowtorch over a titanium nail. The reason that this is for high tolerance users only is that the most potent forms of cannabis such as honey oil or shatter, are used for this method.

As a result, the effects will be far more intense than using other forms of marijuana, and you will feel the onset immediate after inhalation has taken place. The duration of the effects will also be slightly longer than the other intake methods.

The edible forms of cannabis have been popular among marijuana users in the 1960s. In this method, the cannabinoids will reach the cells through the liver. The liver then converts the THC into a more potent chemical called 11-hydroxy-THC.

Edible marijuana is available in a variety of different forms, including snacks, soda, pizza, mints, and even chocolate. You should begin to feel the effects of edible marijuana anywhere from fifteen minutes to two hours after ingestion, depending on your metabolism.

The duration of the effects should also last for at least five hours, though if you take high doses, it can last for over twenty-four hours. Edible marijuana is definitely not the best choice for users who are seeking immediate relief.

Easily the most common method for consuming marijuana is to smoke the dried flower from a cannabis pipe, often in the form either of a joint or in a pipe. The effects will take place literally seconds after you inhale it, as the chain reaction occurs very quickly and efficiently.

You can expect the effects of smoking cannabis to peak within thirty minutes, and to subside after around three hours, although sometimes it can subside in as little as one hour.

The biggest advantages to smoking cannabis are it gives the user direct control over the strain and the source of the cannabinoid content, but it will often vary substantially in its potency. Smoking cannabis is also not a very wise idea for those who have lung issues or compromised immune systems.

Marijuana can also be used in the form of lotions, salves, and balms. In fact, it has been used in this manner for thousands of years. The cannabis will, therefore, be absorbed into the skin, and the duration of the effects can last for over twelve hours, with onset occurring in only a matter of minutes.

Topical cannabis is used for inflammation and localized pain, such as bad skin conditions or arthritis. The biggest downside to it is certainly topical marijuana products may contain artificial fragrances or parabens that can be rather irritating to more sensitive skin.

Vaping is a smokeless and more efficient method of ingesting cannabis, in contrast, to smoke a joint or a pipe. The vaporizing device you use will heat the cannabis plant oil to a temperature that forces the trichomes to move away from the plant in the form of vapors.

As with smoking cannabis, the onset of the effects will be within seconds but will peak in as little as a half-hour before diminishing fully in only one or two hours.

The biggest advantage of using portable vaporizers is they are far more discreet than smoking, and the odor is far more minimal and evaporates completely and quickly. However, some users with higher tolerance believe that the effects of vaping are not as strong as several of the other methods.

All in all, these are the top methods you can use for consuming or ingesting marijuana in San Diego. Each method has its own unique place. While smoking marijuana is still the most common method, each of the other methods that we have discussed is gaining popularity amongst marijuana users as well.