Home » Headlines » Editorials » The Growth of Facial Recognition: Its Uses and How to Stay Safe

The Growth of Facial Recognition: Its Uses and How to Stay Safe

Facial recognition, the past decade’s crowning jewel in security. With it, companies have been able to improve the security of their devices, make strides in the medical field, and overall, increase the quality of life of many devices and industries. 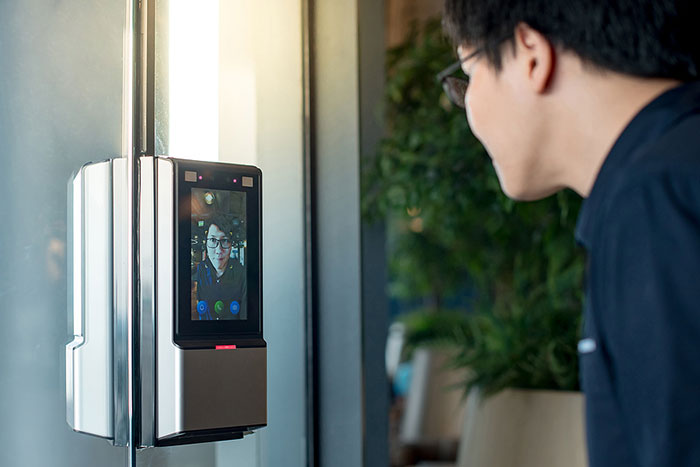 Facial recognition technology has helped us achieve so much in terms of scientific advancements and security.

Most people know facial recognition from the security it provides. How many movies have you seen where the protagonist has their face scanned in order to access something? I’m willing to bet a lot.

Facial recognition offers many ways to secure our devices. With this technology, phones have been more easily secured in the past few years. Not only does it make protecting your phone easier, but it also makes it more convenient. Fingerprint scanners were convenient as well, but the security risks brought with them negated any benefit they brought over.

Next up, we have the topic of surveillance. When you hear “surveillance”, your mind probably wanders to 1984, a novel centered around Big Brother (the government) watching you and keeping tabs on you at all times.

And while that’s a worry for many and is considered a very possible reality, I’ll refrain from touching it for now; we’ll discuss that reality later in the article. For now, let’s talk about the benefits facial recognition surveillance brings, which is the assurance of security.

Arresting criminals, keeping tabs on them, and monitoring every street in the city makes for a difficult job. However, facial recognition, keeping track of criminal activities, and making sure they’re not strolling the streets alleviate some fear and stress law enforcement may have while on duty.

Last but certainly not least, let’s talk about the benefits facial recognition technology has brought to the medical industry, specifically, diagnostics.

Diagnosing a disease or disorder carries a lot of weight for medical professionals, as one wrong diagnosis can send a patient on a wild goose chase for years, even decades. But facial recognition? Well, one thing’s for certain: it’ll make the doctor’s job a whole lot easier.

We’re already seeing the potential facial recognition technology has in the medical diagnostics industry, with doctors using the app Face2Gene to aid diagnosis of the rare disease Coffin-Lowry Syndrome.

Of course, it’s not 100% accurate, but that’s why doctors confirm and validate the diagnosis before moving forward with treatment. The point is, this app gives us a glimpse into the future of facial recognition in the medical industry, and I couldn’t be more excited about the results.

Despite the positives facial recognition technology brings to the world, there are a few negative effects as well. If you’ve been keeping up with the news, I’m sure you’ve heard the fear-mongering going on, especially about the Fight for the Future campaign, a fight against facial recognition in the US. Students and digital rights activists had been protesting against the extensive use and the potential misuse of the said technology.

From worries spawned from 1984 to real-world situations, it’s not unusual to be worried about the power facial recognition offers, especially to corporations and governments. After all, there are hundreds of companies and government officials that would love to get their hands on that kind of information.

In fact, the N.S.A. started doing so in 2014, and the only reason we found about it is because of Edward Snowden, who so graciously confirmed our fears 6 years ago. Nowadays, the fear revolving around facial recognition technology is as high as ever.

So, knowing this, what can we do? Fortunately, there are a couple of ways to protect yourself against facial recognition should you decide it’s not for you.

How to Protect Yourself Against the Negative Effects

Another way to stay private online is to use a VPN to encrypt your traffic. One of the functions of VPNs is to protect your information and traffic, even from ISP and the government.

However, be warned: hiding your identity from facial recognition technologies is almost impossible. But that doesn’t mean you can’t try, right?

After an overview of the use of facial recognition technology, I am sure you now can make an informed decision on whether or not to actively employ this technology. Unfortunately, bear in mind that there is almost no escape from it due to its extensive use by the government. However, you can still try your best to secure your identity with the aforementioned suggestions.