The ruling Taliban in Afghanistan has banned the cultivation and harvesting of poppy in the country. The Taliban government said it is now prohibited for anyone to harvest the plant even after local farmers had spent money to cultivate the crops and looked forward to earning incomes for their families. 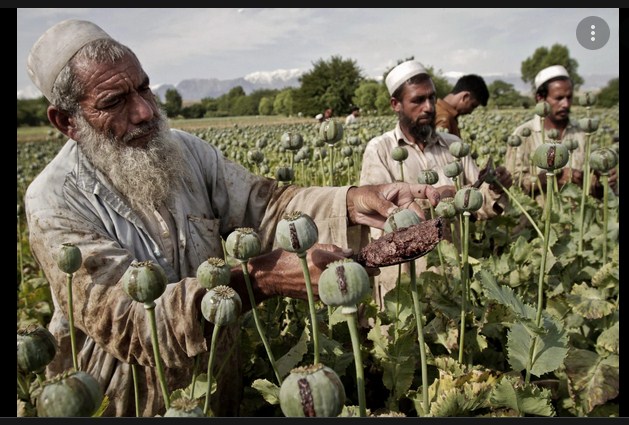 “As per the decree of the supreme leader of the Islamic Emirate of Afghanistan, all Afghans are informed that from now on, cultivation of poppy has been strictly prohibited across the country,” the Taliban’s supreme leader Haibatullah Akhundzada ordered. “If anyone violates the decree, the crop will be destroyed immediately and the violator will be treated according to the Sharia law.”

The Ministry of Interior said offending farmers will have their farms burned, and they risk jail terms as well as other harsh punishments in line with Islamic injunctions.

The order said that producing, transporting, and using all narcotics and alcohol is banned in the country. Poppy plant is used to obtain opium, which is used to manufacture heroin. Given that Afghanistan is facing dire economic conditions since the international community stopped providing it with financial aid, almost 95% of the population is facing a humanitarian crisis and famine after the Taliban takeover last year.

In the 1990s, the Taliban outlawed poppy production in line with Islamic tenets, and the United Nations reported that the ban reduced the availability of hard drugs in the country and around the world. The UN said Afghanistan produces more opium than all opium-producing countries combined, and 80% of heroin in Europe is sourced from the country through channels in Pakistan and Central Asia.

A 2021 UN document revealed that Afghanistan generated between $1.8 billion and $2.7 billion from opiates production, and this amount is more than 7% of the country’s GDP.  During the nearly 20 years that the United States occupied the country, Washington spent more than $8 billion to eradicate poppy production, but this effort was reversed after the Taliban came to government control again.

Millions of families around the country rely on poppy cultivation to feed and live, and laborers earn up to $300 per month to harvest and extract opium from the plant. The poorest people in the country often purchase foodstuff and obtain other family needs by offering promises of a good poppy harvest in the coming year. Based on the positive outlook of a good harvest, local people can transact business and get essential needs met – but this is about to stop.

161,692 Pounds of Skippy Peanut Butter Recalled Due to Metal Contamination < Previous
Understanding The Concept Of lån And Financing Next >
Social Connection
Latest News