Home » Headlines » Editorials » Are The Stereotypes Of Millennials True?

Are The Stereotypes Of Millennials True?

They’re possibly going to be known as one of the most berated generations in recent history. They’ve been accused of all sorts of problems—from the decline in the cereal industry to the death of doorbells. If something is showing the long-term struggle, millennials are likely to be at fault somewhere along the line. But behind the headlines, how much of these sensational news stories are true? 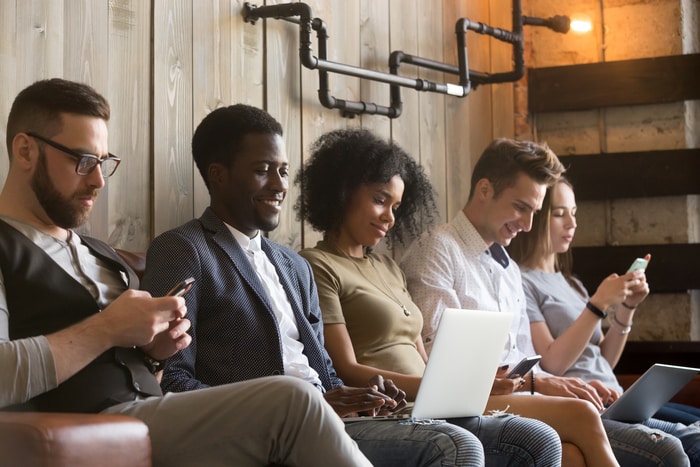 Millennials are identified as anyone born between 1980 and 1995. The “snowflake” generation, as they’ve been labelled, is the most media and tech-savvy generation to date. They are generally thought of as having good work-life balance as well as a more heightened sense of civic responsibility than previous generations. However, thanks to the media, they’re better known for being narcissistic and entitled. The spread of this “fake news” has made it hard for Millennials to escape preconceived ideas about their generation and as a result has left just 36% of Millennials feeling optimistic about their future.

Millennials are surprisingly much more financially conscious than previous generations. After witnessing the financial crash of 2007/8, millennials are less likely to take monetary risks and tend to be more careful with their money as a rule. This isn’t to say they won’t splash the cash on things like subscription services, rather, they aren’t as eager as their parents to invest in things like stocks and or shares.

When the average age of Millennials was 27, in 2014, a mere 32% owned property. Comparatively, 55% of Generation X owned property by the same age. It’s common knowledge that the price of property has gone up considerably within the last few decades. This is the biggest reason for the “boomerang generation” to move back in with their parents. However, recent shifts in attitudes have seen banks stepping in to help with things like save to buy schemes. Most Millennials living at home don’t live at home because they want to. It’s simply the easiest and quickest way to save money, especially considering experts are predicting that rent prices are to increase a further 15% in the next five years.

In the UK, Millennials are working 1 hour and 6 minutes less a week than the generation before them. While this may feed into the idea that Millennials are work-shy, it’s more likely to be a result of self-employment. Millennials crave more independence from the traditional career path with 66% of Millennials having considered starting their own business. The biggest reason for this can be pinpointed in the ethics of Millennials. They don’t have faith in the money hungry corporations and would much rather work in offices that hold similar values to their own. With this often being hard to find, they instead use the technical skills they’ve grown up with to venture into entrepreneurship and with this, they can determine their own hours of work.

Millennials seem to be the pitfall of their own platform. With most of the generation not knowing a world without the internet, it is ironic that this is where they face the most of their criticism. A lot of Millennial myths can be debunked with data, but there’s no denying that Millennials have at least saved the vinyl industry.