A study published in the journal Science suggests that researchers found a genetically-isolated group of polar bears in southeast Greenland. Numbering about 20 groups, this is the first time anyone would come across polar bears in the region, with the animals found to be remarkably different from other polar bears in terms of size, adaptability, and hunting techniques. 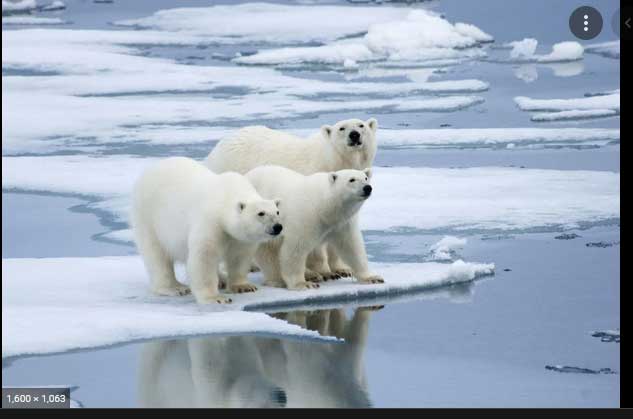 Indigenous tribes in the Arctic said polar bears may have been in the region since time immemorial, and that the newly-discovered species are totally different from other known populations in other parts of the Arctic. In terms of size, the females of this new population are significantly smaller than others in other regions, and they hunt seals in fjords and freshwater ice shelves.

Kristin Laidre of the University of Washington said the animals may have been separate from other populations in other regions for a few hundred years, and they may have always been small enough to avoid detection.

“Polar bears in SE Greenland are the most genetically isolated polar bears on the planet. They are distinct from all other 19 polar bear subpopulations in the Arctic and more diverged from neighboring subpopulations than any other pair,” Laidre revealed. “They have been separate for a few hundred years, and likely always have been a small population.”

Laidre who is the lead author of the study said her team tracked the SE Greenland polar bears from 2015-to 2021 to learn how they survived, adapted, and have been able to thrive in total isolation. An assistant professor at the Emory University of Medicine, Elizabeth Peacock, said the discovered bears may have existed for so long because of their ability to adapt to their environment through natural selection.

Given the devastating impacts of climate change, melting glaciers, depleting sea ice, and indiscriminate hunting, scientists said they are not sure if the new polar bear population can survive for decades. Laidre said her team will need to stake out a post and monitor marked adult female polar bears for up to four years to be able to determine if their population is thriving, stagnant or declining.

She said some polar bears may survive climate change due to glacier ice, but the natural resource is not available to most polar bears in other regions.  “Future monitoring of these bears can perhaps tell us a bit more about the future for the species,” Laidre disclosed.

CDC Offers Guidance for Having Sex While Avoiding Monkeypox Infection < Previous
What is Msvcr100.dll and What Happens When It’s Missing Next >
Social Connection
Latest News