Three sailors committed suicide within the space of one week aboard the USS George Washington aircraft carrier, berthed at Newport News, Virginia. In the last year, seven crew members of the ship lost their lives, with about four of them being by suicide. The latest crew member to take his own life was Xavier Sandor, who committed suicide on April 15. 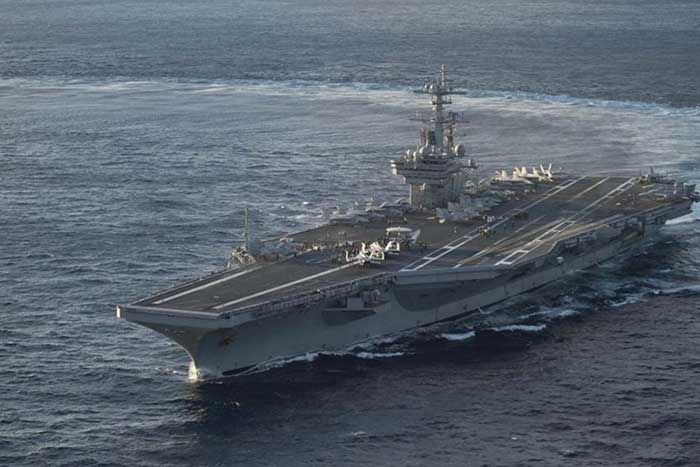 While many crew members complained that the ship is uninhabitable due to ongoing shipwide maintenance, Commanding Officer Captain Brent Gaut noted that sailors should not have occupied the ship when they did. He said they ought to have waited several months more for the renovation to complete before moving aboard; but since they had moved on to the ship, “we can’t reverse course…there’s no turning back now.”

Former and current crew members lament that living conditions on the aircraft carrier are terrible and hellish and that the food is inferior to what is served in US prisons. Many sailors blame the Navy leadership for their insensitivity to their plight, despite hundreds of complaints logged about living and work conditions aboard the carrier. They said senior officials shrug off complaints and do nothing about them.

The nuclear-powered aircraft carrier is undergoing its midlife refueling and overall process since 2017 – maintenance that is expected to last four years. Due to several delays, completion of the work is expected to be in March 2023. Despite the fact that construction and other repairs are going on in the carrier, sailors were ordered to begin moving aboard early last year.

Many of the sailors are not able to get decent accommodation and some sleep in their cars. Most of the crew members and sailors who spoke on condition of anonymity for fear of being punished by senior authorities said the ship lacked hot water, decent food, sleeping beds, and healthy ventilation, and suffered constant outages.

“I would wake up in the middle of the night freezing my ass off,” a sailor revealed. “I lived in my car in the winter, and I still felt it better than my berthing. The complaints won’t do anything. You just have to suffer in silence. Prisoners got better food than what we got in the military. This is the most insane environment that I’ve ever had to experience. This isn’t Afghanistan, where you’re expecting those circumstances.”

Following the deaths, the Navy has initiated two investigations aimed at determining the direct and remote causes of the deaths; and assessing the work climate and culture, as well as other related conditions for service at the shipyard. Spokesman for the Naval Air Force Atlantic, Commodore Robert Myers, said Navy and Congressmen have met with the leadership of the USS George Washington aircraft carrier to provide a safe and healthy work environment for all sailors.