Italian authorities have impounded a superyacht with supposed links to Russian President Vladimir Putin. The $700 million megayachts are moored at Marina di Carrara, a port in Tuscan. Confiscated by Italy’s Ministry of Finance, the government said the yacht has economic links to prominent Russian oligarchs, but fell short in mentioning Putin by name. 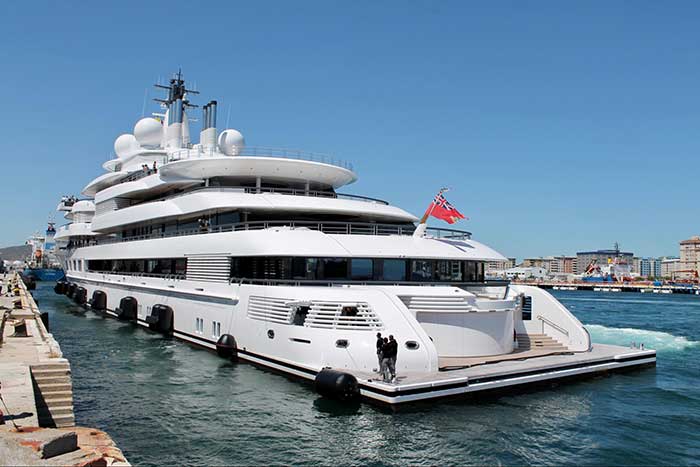 Since the Russian invasion of Ukraine, member EU countries have been confiscating high-worth assets belonging to Russian billionaires or traceable to persons sanctioned by the United States. The authorities said they had been interested in the ownership of the flagged ship for a long time since Russia annexed Crimea in 2014.

Named Scheherazade, the seized megayacht measures almost 460 feet. It compares with the $300 million superyachts impounded by the government of Fiji and linked to Russian billionaire Suleiman Kerimov. Named Amadea, the 350-foot yacht has eight cabins and a helipad among other luxurious interior facilities.

In April, Germany confiscated Dilbar, the biggest superyacht in the world. It is owned by Alisher Usmanov, a Russian billionaire involved in the business. Measuring more than 500 feet, the Dilbar is named after his mother and is valued at $735 million. It has the largest indoor swimming pool on any private vessel and comes with two helipads.

Since President Joe Biden launched the KleptoCapture task force in March, the United States and its global allies have intensified efforts to smoke out and sanction the assets of Russian oligarchs linked to Putin and his condemnable war in Ukraine. The coalition has continued to track, identify, and seize worldwide properties connected with the Kremlin.

The FBK investigation firm founded by jailed Russian opposition figure, Alexei Navalny, alleged that the Scheherazade was actually owned by Putin. The investigation head of the firm, Maria Pevchikh, said the firm has enough evidence that the megayacht actually belonged to the Russian Putin.

“We think that this is solid enough proof that Scheherazade belongs to Putin himself and must be immediately seized,” she said.