Home » Headlines » U.S. » Republicans Say Oil and Gas from Fossil Fuels Is Not the Problem, But Gas Emission

Republicans Say Oil and Gas from Fossil Fuels Is Not the Problem, But Gas Emission

A cross-section of House Republicans has insisted that oil and gas from fossil fuels are not the problems triggering climate change, but greenhouse gas emissions. The lawmakers stated this at the ongoing COP27 conference in Egypt, where the issue of climate and energy policy has taken the front lines. Some of the lawmakers are members of the Conservative Climate Caucus which deal with energy issues in the United States. 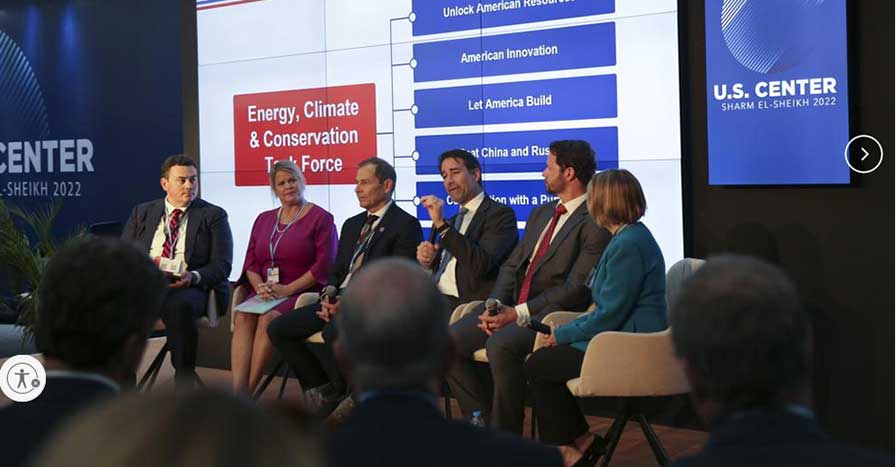 One of the representatives, Garret Graves, said the US government should not condemn fossil fuel in its entirety, noting that natural gas is still essential in the energy transition to renewable energy sources. While agreeing that the energy density of oil and gas in the US is 30 times that of its closest renewable alternative, Graves said the major problem is with the emissions and not the energy source.

“So one of the things we ought to be doing is not attacking oil and gas but be attacking the emissions associated with it to where it can be indistinguishable from other renewable energy technologies to where it can be an arrow in the quiver as we try to address our objectives of energy, affordability, reliability, cleanliness, exportability, and securing the supply chain,” he said.

Given that vulnerable communities along coastlines suffer more from the impacts of climate change, Graves said the US should pay particular attention to helping them get resilient to natural events such as flooding, landslides, and earthquakes among others. According to the lawmaker, the cost of recovering from an extreme storm is exorbitantly high, but communities can be assisted to be resilient against climate-related disasters.

“There are conservation efforts that we have an interest in perpetuating,” said Rep. Dan Crenshaw of Texas. “Absolutely. But let’s not lie to our children and scare them to death and tell them they’re going to burn alive because of this because that is not what it says. That’s not what the UN report says. We better not have a higher cost for our solutions than the problem itself. We better have rational environmentalism instead of radical environmentalism, which will send us down a path of poverty and despair.”