Growing up in the suburbs, psychologist and relationship specialist Maryanne Comaroto remembers not being “in touch” with nature. In fact, getting hands-on experiences with nature was reserved for the men in her family. Many people who are raised and live in urban environments have fewer instances of exposure to nature compared to those who inhabit rural areas, and past stereotypes have even influenced society to think of nature through a perspective influenced by gender conformity. 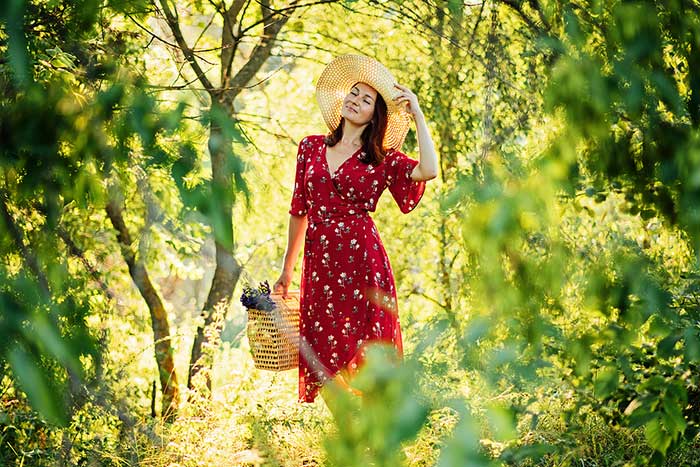 “It’s true, I wasn’t socialized to be nature-centric; think indoor ferns, Fresca, and 70s atriums, and you’ll get the picture. Like most parents in greater suburbia where I was raised, mine dispensed controlled doses of wildlife: touring Yosemite in a fully equipped motor home, strolling through the aquarium at Golden Gate Park, or the occasional trip to the Zoo,” said Comaroto.

The lack of exposure to nature played a role in her learning experience of how to connect with nature. Getting familiar with nature is the first step to connecting with it. Fearing nature or expressing anger towards it projects an attitude that acts as a barrier between one and nature, creating conflict because, really, humans are nature. This truth disproves the notion that nature is not gender-neutral, an idea that Comaroto grew up believing to be true.

“When I was a kid, I figured nature was basically a guy thing; the same way I supposed painting your nails, for example, was primarily a girl thing. That’s probably because when I was growing up, it was men who did things like hunt, spear, shoot, capture, and in some cases, kill, while the females stayed, let’s say, nearer to the hearth (or shopping mall),” said Comaroto.

As an adult looking back, Comaroto deems the idea of associating nature in terms of gender as ridiculous and realizes how the concept distorted her environmental identity. She watched her brothers be encouraged to explore the world and express their courageousness while, simultaneously, she was told to internalize her distresses and refrain from individually investigating and venturing into the external world.

Her connection with nature came to fruition when she studied the works of Henry David Thoreau, Annie Dillard, and James Hillman, learning that nature is not a place to visit, separate from human existence. Human existence is a part of nature, providing the perspective that humans are nature.

“What a glorious realization to see that what I have believed for so long, that great relationship begin within, was essentially my guiding light…ultimately illuminating that, after all, I am nature,” said Comaroto.

For those seeking to connect with nature, Maryanne Comaroto recommends viewing the action as rediscovering a personal connection with nature. The connection humans have to nature is always present, so being in the moment around things closest to their natural state, such as the outdoors, helps humans to experience reconnection.

A great way to start the journey of rediscovering the human connection with nature is by identifying an outdoor spot that is peaceful and safe. A calm space where danger is not present helps to fizzle any fear of the outdoors. After finding the right space, an individual should allow themselves unhurried time to sit and enjoy their chosen spot. During this time, taking notice of the leaves on trees, shapes of clouds, the sound of the wind, birds singing, one’s breath, and even human murmurs can help a person reach a relaxed, aware, refreshed, and tranquil state, fueling their connection with nature.

Relationship specialist, psychologist, and award-winning author Maryanne Comaroto helps individuals discover essential tools for creating healthy, fulfilling, and sustainable relationships. Maryanne is a clinical hypnotherapist, certified Vedanta meditation teacher, popular speaker, and host of a weekly radio show that reaches a global audience across 130 countries. With a gift for making complex theories practical and telling the truth with compassion, Maryanne offers one-on-one counseling sessions and leads life-changing workshops. She is also the founder of the nonprofit the Queen of the Jungle Foundation.

Uinta Academy: The Importance of Relationships During Recovery < Previous
Car Accident Compensation: What You Need To Know Next >
Social Connection
Latest News